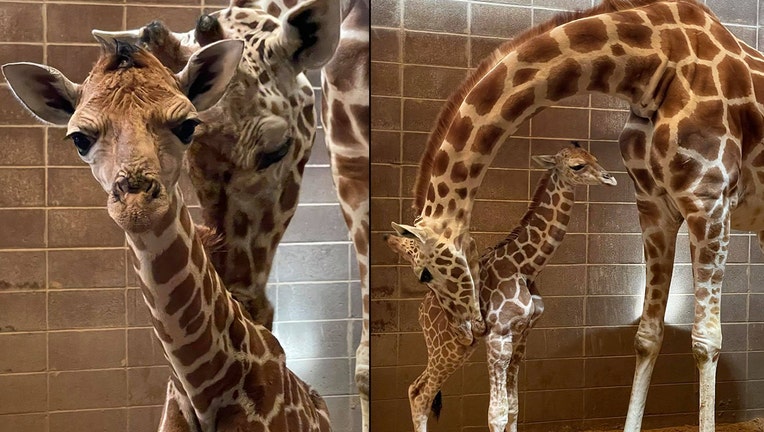 OKLAHOMA CITY, Ok. - The giraffe herd at an Oklahoma zoo just got bigger.

The Oklahoma City Zoo and Botanical Garden recently welcomed an endangered giraffe calf. The baby boy was born on June 3 to 20-year-old mama Ellie. This is Ellie's 6th calf born at the zoo but it's the first for new giraffe dad, 4-year-old Demetri.

"The Zoo’s youngest giraffe is healthy and strong, and weighs approximately 157 lbs. and stands six-foot one," the zoo wrote in a press release. "He will continue to spend time bonding with his mother and herd mates."

On June 8, the baby took his first steps outside exploring his habitat. The zoo posted photos and video of the baby boy cuddling up with his mama and staying close while he checked out the new sights and smells.

The gestation period for giraffes is approximately 15 months. The average weight for a newborn giraffe is about 150 pounds. Newborns stand within an hour of birth at a height of around six-feet tall.

According to the zoo, Native to East and South Africa, giraffes are currently listed as endangered by the International Union for the Conservation of Nature. There are approximately 111,000 giraffes remaining in the wild.