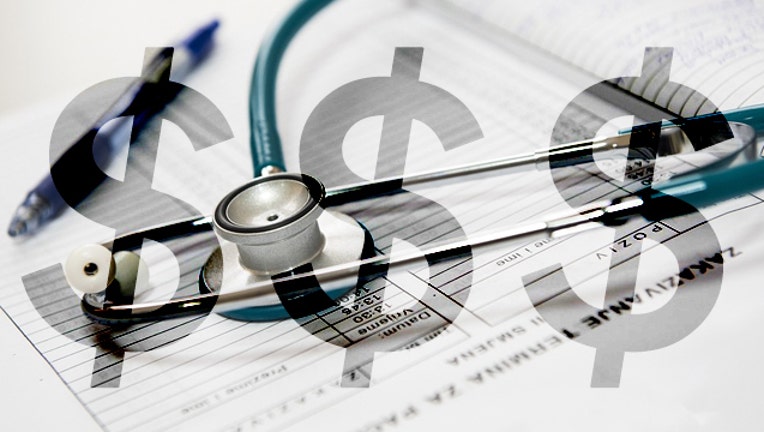 Oliver, on his "Last Week Tonight" program Sunday, took the action to illustrate a story about the practices of companies that purchase the records of debtors and attempt to collect on them. The show set up its own company to acquire $15 million worth of debt owed to hospitals in Texas, paying $60,000.

Oliver added a little show-biz flair, pressing a big red button to symbolize the debt forgiveness. He claimed it eclipsed the $8 million giveaway by talk-show host Oprah Winfrey when she gave a car to each member of her studio audience one day, making it the biggest ever.

"Are you ready to make television history?" Oliver said. "Let's do this!"

Oliver said it was "disturbingly easy" for his show to set up a company, which it called Central Asset Recovery Professionals, and incorporate it in Mississippi to make the purchase.

Oliver's show engages in a form of investigative comedy, this week examining an overlooked industry. Institutions often sell their debt for pennies on the dollar to companies who then attempt to collect on the bills. These companies operate with little regulation, and sometimes employ shady and abusive collectors who try to intimidate people into paying, he said.

RIPMedicaldebt.org, a nonprofit that raises money to buy debt and forgive the bills owed by people who can least afford to pay them, welcomed the attention.

"It's absolutely fabulous," said Craig Antico, CEO of RIPMedicaldebt.org. "It puts a light on a problem that few people know exists."

Antico's organization was already seeing a boost in donations Monday. RIPMedicaldebt.org has been concentrating lately on buying debt owed by U.S. military veterans.

"If people paid attention to (Oliver's show) and it got them upset, they should realize that we can eradicate much of this debt if we all banded together to help each other," Antico said. "People can make a donation of $50 and wipe out a $10,000 debt."

Within a few hours of Oliver's show airing, people were writing to Antico's blog to see if their debt was included in what Oliver purchased. "Last Week Tonight" is working with RIPMedicaldebt.org to notify people that their debt has been wiped out, and those affected will be getting letters from the organization within the next few weeks, he said.

The individual debts range from $50 to more than $250,000, he said. All are outside the statute of limitations, meaning the people who owe the money cannot be sued. Since the debts were incurred at Texas hospitals, most of the people who owe money are from that state, he said.