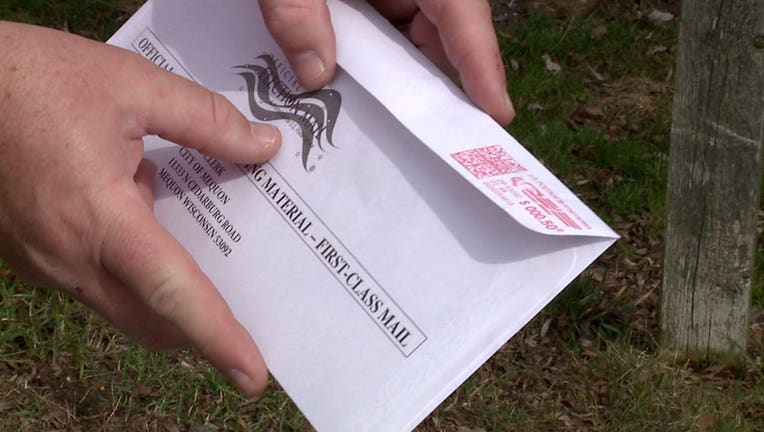 MADISON, Wis. - A federal judge ruled Monday that absentee ballots in battleground Wisconsin can be counted up to six days after the Nov. 3 presidential election as long as they are postmarked by Election Day.

The highly anticipated ruling, unless overturned, means that the outcome of the presidential race in Wisconsin might not be known for days after polls close. Under current law, the deadline for returning an absentee ballot to have it counted is 8 p.m. on Election Day.

Democrats and their allies sued to extend the deadline in the key swing state after the April presidential primary saw long lines, fewer polling places, a shortage of workers and thousands of ballots mailed days after the election.

U.S. District Judge William Conley granted a large portion of their requests, issuing a preliminary injunction that was expected to be appealed all the way to the U.S. Supreme Court. He put the ruling on hold for seven days to give the other side a chance to seek an emergency appeal.

In Wisconsin’s April presidential primary, Conley also extended the deadline for returning absentee ballots for a week. In that election, nearly 7% of all ballots cast were returned the week after polls closed.

In 2016, the presidential race was decided in Wisconsin by less than 1 percentage point — fewer than 23,000 votes.

Polls show Democrat Joe Biden with a slight lead, but both sides are expecting another tight race. Biden wrapped up a campaign stop in northeast Wisconsin about an hour before the ruling was released. Trump held a rally in the state last week.

The Republican National Committee, the Wisconsin GOP and Wisconsin’s Republican legislators argued that current absentee voting regulations should be left in place, saying people have plenty of time to obtain ballots and get them back to clerks by Election Day.

Wisconsin Republican Party Chairman Andrew Hitt said they were reviewing the order and working with others to determine next steps.

The Democratic National Committee, the state Democratic Party and groups including the League of Women Voters and Disability Rights Wisconsin filed a series of lawsuits to make absentee voting and registration easier so people won’t have to go to the polls and risk catching the coronavirus.

“This ruling is a victory for democracy,” said Jonathan Manes, an attorney with the MacArthur Justice Center, which represented the plaintiffs along with Protect Democracy. “Every voter should be able to vote easily, safely, and accessibly, no matter where they live or who they are. Today’s decision brings us closer to that goal.”

Conley, an appointee of former President Barack Obama, also agreed with Democrats to lift the Oct. 14 deadline for by-mail and electronic voter registration. The judge extended it until Oct. 21. Conley further ruled that poll workers can work in any county, not just in the one where they live. Clerks have reported a shortage of poll workers due to the pandemic, and loosening the residency rules could make it easier to fill slots.

Even though he extended the deadlines to register and return ballots, Conley urged voters to cast them as soon as possible.

While more than 1 million absentee ballots have been requested to date, the Wisconsin Elections Commission anticipates as many as 2 million will eventually be cast. That would be three times more than any other previous election, which threatens to overwhelm election officials, Conley said. The U.S. Postal Service will also “undoubtedly be overwhelmed again with ballots in November, as they were in April,” Conley wrote.

There’s little doubt that tens of thousands of voters risk not being able to vote without expanding the deadlines, Conley said.

“While the Legislature would opt to disregard the voting rights of these so-called procrastinators, Wisconsin’s election system sets them up for failure in light of the near certain impacts of this ongoing pandemic,” he wrote.

The judge also said he expects that in-person voting in November will continue to pose a health risk due to COVID-19.

“While the exact trajectory of COVID-19 in Wisconsin is unknown, the unrebutted public health evidence in the record demonstrates that COVID-19 will continue to persist, and may worsen, through November," Conley wrote.

Wisconsin has reported 345 new cases of COVID-19 per 100,000 people over the past two weeks, meaning it ranks third in the country for new cases per capita. The state had nearly 102,500 total cases as of Monday and 1,244 deaths.

“We welcome the court’s decision to expand voting in Wisconsin so that more voters have the opportunity to register and have their voices heard in this election. We will continue to  ensure Wisconsinites have the information they need to successfully cast their ballot.”