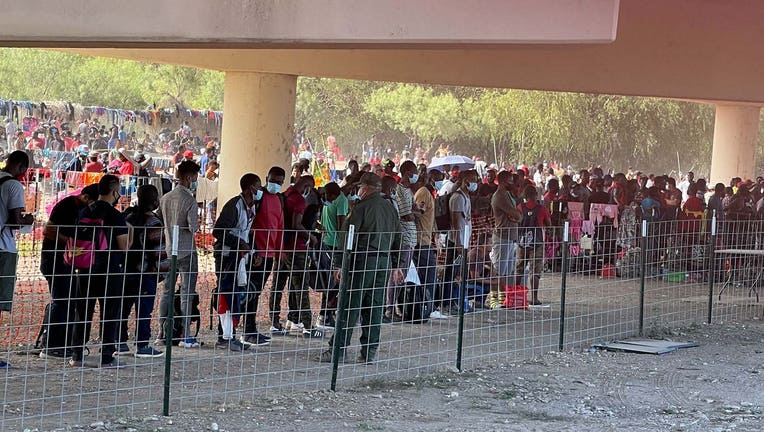 NEW ORLEANS - The Biden administration must stop what amounts to the phasing out a pandemic-related public health rule allowing the expulsion of migrants without giving them an opportunity to seek asylum, a federal judge in Louisiana ruled Wednesday.

The administration plans to end the policy outright on May 23. But it acknowledged in recent court filings that it has recently processed more single adults from Guatemala, Honduras and El Salvador under immigration laws -- which include rights to seek asylum -- instead of the public health policy.

U.S. District Judge Robert Summerhays, in Lafayette, issued a temporary restraining order Wednesday, saying the administration must stop the stepped-up processing for at least the next two weeks. He also said in his ruling that states suing to stop the termination of the public health policy are likely to succeed in court.

Twenty-two states are challenging plans to keep the administration from ending the expulsion policy, which was put in place under former President Donald Trump's administration in 2020 in reaction to the COVID-19 pandemic. Louisiana, Arizona and 19 other states filed suit in U.S. District Court in Lafayette, Louisiana. Texas filed a similar suit in Victoria, Texas, on Friday.

Summerhays, who was nominated to the federal bench by Trump, presides over the Louisiana-based case in Lafayette. He has scheduled a May 13 hearing on the larger issue of whether President Joe Biden can end the pandemic migration rule.

The plaintiff states had asked him last week to issue an order blocking the administration from processing more migrants under immigration law instead of the public health rule. About 14% of single adults from Guatemala, Honduras and El Salvador were processed under immigration laws during a seven-day period ending last Thursday, the administration had acknowledged. That's up from only 5% in March, according to government figures.

"Under this temporary restraining order. Defendants are required to return to policies and practices in place prior to the issuance of the Termination Order, which should have the result (all else being equal) of returning to historical practices in line with historical benchmarks," Summerhays wrote.

Migrants have been expelled more than 1.8 million times under the rule invoked in March 2020.

Advocates for asylum-seekers support the end to the rule, which they say endangers people fleeing persecution back home and violates rights to seek protection under U.S. law and international treaty. The states challenging the administration say the U.S. is not ready for a likely influx of migrants resulting from the rule's end, straining public services and economies.

At two often-contentious hearings Wednesday, Department of Homeland Security Secretary Alejandro Mayorkas sought to defend the administration's handling of an increase migrants at the Southwest border and its plans to deal with the prospect of more with the potential end of Title 42.

Mayorkas sought to push back on Republican accusations that the Biden administration has encouraged irregular migration by allowing some people to seek asylum, blaming economic and political turmoil and violence throughout Latin America and the world.

"Some of the causes of irregular migration have only been heightened by years of distress preceding this administration," he said.