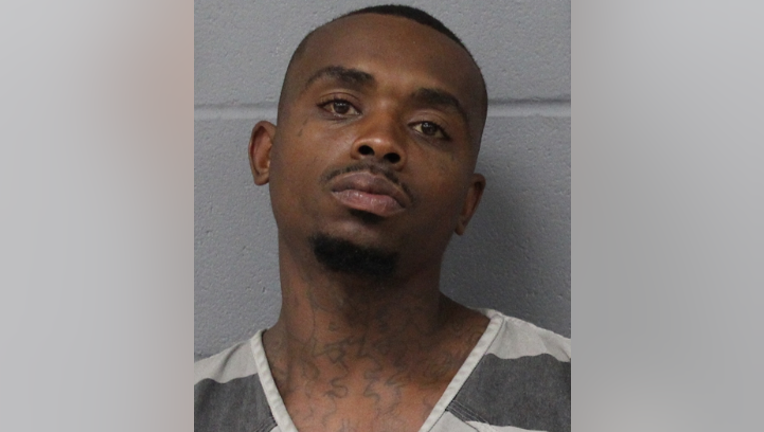 Jamarcus Drumgole, 31, was charged with robbery after he was found the suspect in a recent jugging case.

AUSTIN, Texas - A man was charged with robbery after the Austin Police Department (APD) said he was the suspect in a recent "jugging" case.

The victim told officers he had just arrived from a Bank of America with a large sum of cash. When the victim got out of his car, the suspect drove up in a Cadillac with a temporary paper license plate, got out of the car and approached him.

The suspect grabbed the victim and pushed him against a wall as he demanded money, police said. The victim handed his cash to the suspect, who immediately returned to the Cadillac and left the area.

A member of the Violent Crimes Task Force (VCTF), that happened to be in the same area, noticed a gold Cadillac with a temporary tag. The officer didn’t think anything was suspicious at first. The officer watched this vehicle for a short period, unaware of the robbery or the description of the vehicle.

When the officer returned to work, he realized the Cadillac was the vehicle involved in the robbery.

The officer remembered several characters from the temporary tag. Through research and surveillance, detectives learned the suspect vehicle was now in San Antonio.

APD’s VCTF and Robbery Unit went to San Antonio to continue the investigation. Through suspect/witness interviews and observations, detectives confirmed that 31-year-old Jamarcus Drumgole was the suspect involved in the "jugging" robbery.

Drumgole was charged with robbery and booked on an arrest warrant.

Other people were identified and questioned, and additional charges may come from this investigation.

Drumgole has a history of aggravated robbery, assault, burglary, and narcotics charges out of another jurisdiction.

The following are tips to avoid becoming a victim:

Anyone with information about these incidents should call the APD Robbery tip line at (512) 974-5092, Crime Stoppers at 512-472-TIPS, or use the new Crime Stoppers App.