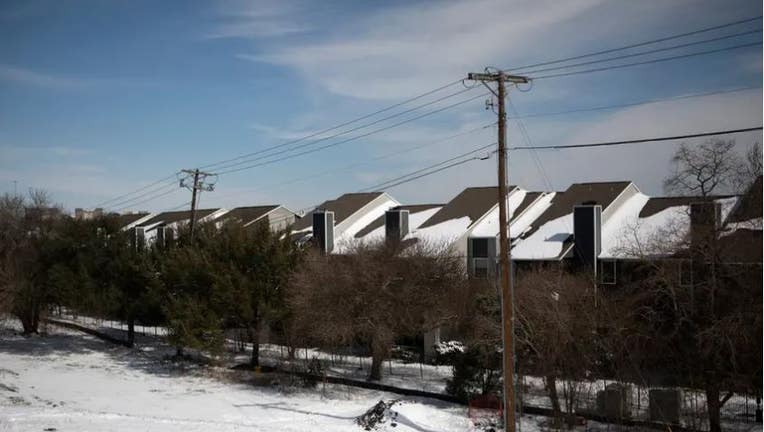 Power lines along a row of homes in South Austin. Many residents experienced power outages due to the winter storm that rolled through Texas. Credit: Miguel Gutierrez Jr./The Texas Tribune

Public Utility Commissioner Shelly Botkin has resigned in the aftermath of the deadly Texas winter weather crisis that left millions of people without power.

Botkin's exit comes a week after the chairwoman of the commission, DeAnn Walker, submitted her resignation under pressure from Lt. Gov. Dan Patrick. Two days later, Gov. Greg Abbott picked a current commissioner, Arthur D'Andrea, to replace Walker as chair. With Botkin's resignation, the commission is now down to just one member.

That means Abbott will now get to appoint two new commissioners — one to fill D'Andrea's former slot and the other to succeed Botkin. They are subject to confirmation by the Texas Senate.

Walker testified in front of lawmakers before resigning, and D'Andrea spoke publicly about issues over the power outages after being elevated to commission chair. Meanwhile, Botkin has mostly kept quiet publicly.

She was appointed by Abbott to the PUC in 2018, and was reappointed in 2019 for a term that would have expired in 2025. Previously, she worked for ERCOT in government relations and corporate communications, and prior to that, she spent 10 years at the Texas Capitol as a senior policy analyst.