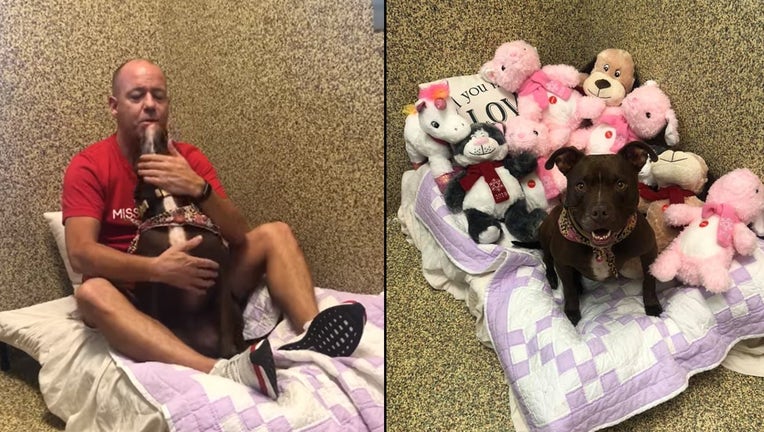 (FOX NEWS) - A Kansas man went above and beyond to help man's best friend -- even moving into an animal shelter to comfort a dog in need of adoption.

The dog, named Queen, is a 3-year-old terrier mix available for adoption at Great Plains Society for the Prevention of Cruelty to Animals (SPCA) in Merriam, Kan., Fox 4 reported.

Scott Poore, who has dedicated his life to animals through his organization “Mission Driven,” said he moved into the shelter earlier this week to stay with Queen when he heard the dog was having trouble getting adopted and seemed depressed. The animal has been living in the shelter for over 400 days. 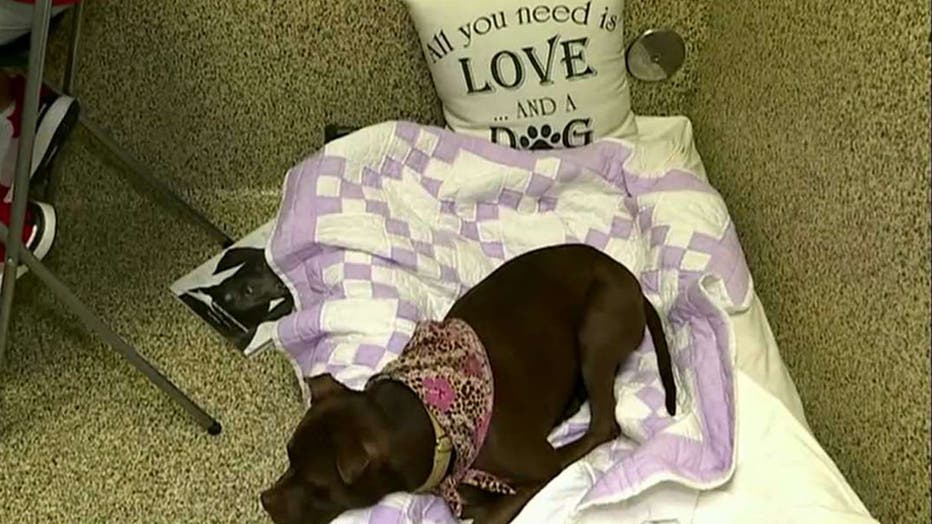 Queen is a 3-year-old terrier mix available for adoption at Great Plains Society for the Prevention of Cruelty to Animals in Merriam, Kansas. (Photo: WDAF-TV)

Poore has created and promoted fundraisers to help animal shelters meet their needs and to help dogs find forever homes.

"She is the most affectionate lovable dog I probably have ever worked with. She has tons of energy," Poore said.

He added, "She's just gentle. She’s loving and the last couple of months she started kind of losing hope, and that's what motivated me to do this. I'm not going to let her lose hope."

After seeing a change in the dog's behavior, he decided to decorate the kennel with pictures and stuffed animals with the goal of attracting the attention of a potential adopter.

On Thursday, Poore posted an update on Mission Driven’s Facebook page, saying Queen didn't have a single visitor, even with all the media exposure.

“Not one potential adopter has come today,” Poore said in the video update.

He reiterated that Queen is extremely affectionate and said children under eight years old would make her a little nervous.

He said, “I’m having a blast here at the shelter, but I don’t want to live here for a long time. I want to find her a forever home.”