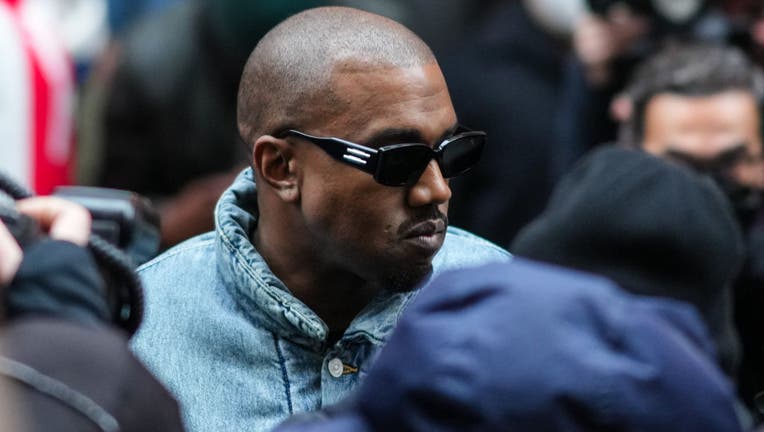 Rapper Kanye West, or "Ye," has found his Instagram account temporarily restricted, according to a spokesperson from Meta, the social media app’s parent company.

The spokesperson said because of the restriction West is unable to post, comment or send direct messages from @kanyewest.

Meta didn’t comment on why West’s account was restricted. However, the rapper has come under fire for recent postings.

Kim Kardashian has filed for divorce from her husband Kanye West after seven years of marriage.

In a tweet, West said Meta’s chair, Mark Zuckerberg kicked him off of the social media app.

"Look at this Mark," he tweeted Friday. "How you gone kick me off Instagram."

According to multiple outlets, West recently used language that was considered anti-Semitic in exchange with Diddy, another rapper and media mogul. The conversation stemmed from West wearing "White Lives Matter" shirt. The post in question was deleted.

West returned to social media platform Twitter after nearly two years of silence. Tesla CEO Elon Musk replied, "Welcome back to Twitter, my friend!" Musk's support is noteworthy due to his ongoing legal battle with Twitter that could decide the future of the platform and its censorship policies.

West made headlines after wearing a White Lives Matter shirt during his YEEZY Season 9 fashion show in Paris.

"I am Ye, and everyone here knows that I am the leader," Ye stated during his speech before the start of his fashion show.

The multi-talented artist gave a speech detailing the pushback he received as he entered the fashion industry while donning a shirt with "White Lives Matter" printed on the back in white lettering with people saying the Pope's face was emblazoned on the front.

Various posts on social media showed that models in the show were also wearing pieces with ‘White Lives Matter’ featured on them as well. The statement has been rephrased from the Black Lives Matter phrase that grew around the increased police brutality against Black people in the last few years.

Conversations around the fashion statement blew up with many expressing outrage Ye would wear such a piece of clothing.

Others weren't too surprised after Ye publicly supported Trump during his presidency in 2018 and has been seen wearing a Make America Great Again hat.

FOX News, FOX Business and FOX 26 Houston contributed to this report. This story was reported from Los Angeles.