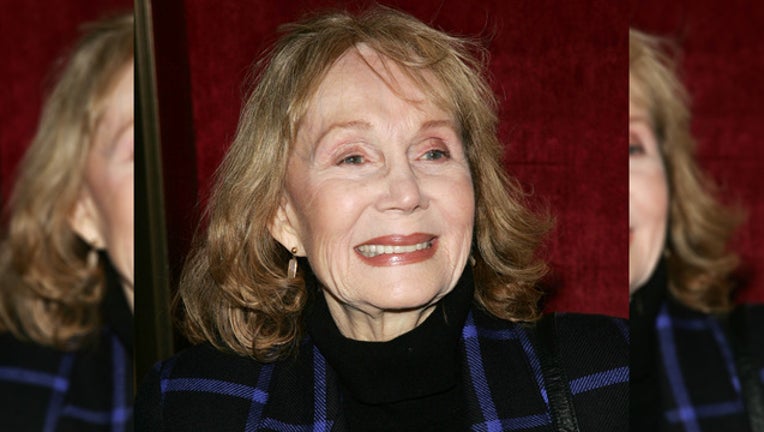 Actress Katherine Helmond attends the premiere of Georgia Rule at the Ziegfeld Theatre May 8, 2007 in New York City. (Photo by Evan Agostini/Getty Images)

LOS ANGELES (FOX 11) - Actress Katherine Helmond, best known for her Emmy-nominated work as Jessica Tate on the ABC sitcom "Soap" and as Mona Robinson on "Who's the Boss?," has died in Los Angeles at age 89, her talent agency announced Friday.

In a statement to The Hollywood Reporter, APA said Helmond died Feb. 23 at her Los Angeles home due to complications from Alzheimer's disease.

Helmond received four best-actress Emmy nominations for her work on "Soap," the soap-opera send-up that also starred Billy Crystal, Robert Guillaume and Richard Mulligan. She scored two supporting-actress nominations for her performance as Mona -- the man-crazy mother of Judith Light's character on "Who's the Boss?," which starred Tony Danza.

The Texas native also had recurring roles on the sitcoms "Coach" and "Everybody Loves Raymond," for which she was nominated for an Emmy as best guest actress in 2002. Although she never won an Emmy, she won Golden Globe Awards for both "Soap" and "Who's the Boss?"

On the big screen, she appeared in the Terry Gilliam films "Time Bandits," "Brazil" and "Fear and Loathing in Las Vegas." Helmond also provided the voice for Lizzie in the Disney/Pixar "Cars" films.

Helmond began her career on stage, and she earned a Tony nomination for her work in "The Great God Brown" in 1973.

Friends and fans reacted to Helmond's death on social media.