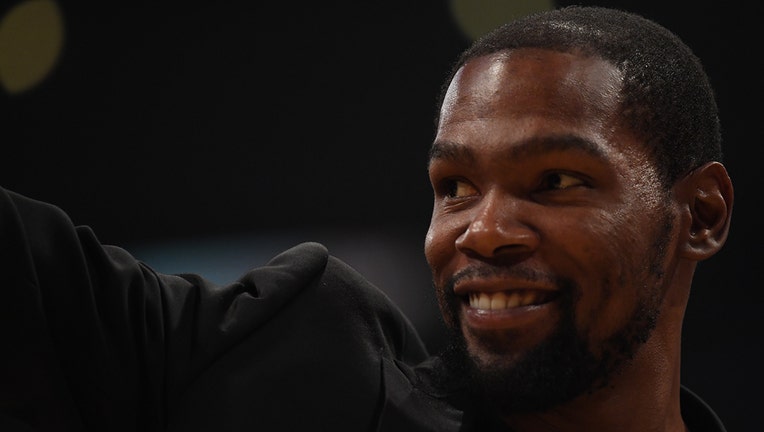 NEW YORK - Four Brooklyn Nets players, including Kevin Durant, have tested positive for the COVID-19 coronavirus. The NBA team didn't identify the players but Durant told The Athletic that he was one of the four. He said he is feeling fine.

Of the four, one player is exhibiting symptoms while three are asymptomatic. All four players are presently isolated and under the care of team physicians. The team is currently notifying anyone who has had known contact with the players, including recent opponents and is working closely with state and local health authorities on reporting.

All players and members of the Nets travel party are being asked to remain isolated, closely monitor their health and maintain constant communication with team medical staff.

In a statement, the team said: "The health of our players and staff is of the highest priority to the organization and the team is doing everything within its power to ensure that those affected receive the best care possible."

It went on to say: "As always, we appreciate the support of our fans, partners and surrounding community, and we wish all those who are battling this virus a speedy recovery."

Mayor Bill de Blasio tweeted that he wishes the players a "speedy recovery" but criticized the team's ability to get tested amid a testing shortfall.

"But, with all due respect, an entire NBA team should NOT get tested for COVID-19 while there are critically ill patients waiting to be tested," the mayor tweeted. "Tests should not be for the wealthy, but for the sick."