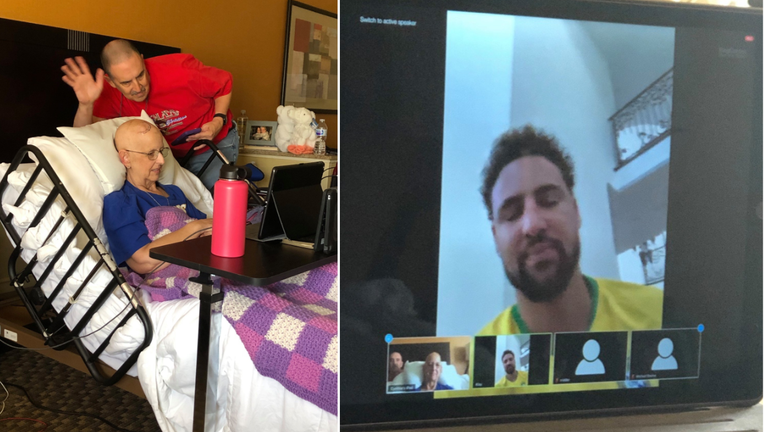 Warriors star Klay Thompson virtually chatted with an East Bay woman who has been given weeks to live following a social media post her husband published.

When the NBA superstar learned one of his biggest fans is dying of cancer and has an estimated two to six weeks to live, he helped make her wish come true by joining her on a video call on Monday.

“It was wonderful. He was just an absolute gentleman, a real kind man. I loved every minute of it,” said Deborah Wright, 62, of the East Bay. “I didn’t think it would ever happen. It’s been on my bucket list for years, but I never thought there would be a chance he’d want to talk to me."

The impetus for the encounter was her husband Randall Wright. He took to social media last week to throw up a long-range shot, asking if Thompson could virtually call his wife who he affectionately refers to as his bride.

“I ask for nothing else,” Randall Wright wrote in the post. “No gifts, money, or anything...just for the possibility of a visit from Mr. Thompson.”

Wright published a post and tagged KTVU’s Frank Somerville, who shared the message on his Facebook page last Friday. The post gained some traction and was forwarded to the Warriors public relations staff. By Monday, the couple was chatting with Thomspon.

The free-flowing conversation featured a guest appearance from Thompson’s bulldog Rocco as they talked about sports and Wright’s relationship with the Warriors.

“It really felt like we’ve been friends forever. He was so down to earth. We could’ve talked for hours. It just felt like that,” said Wright. 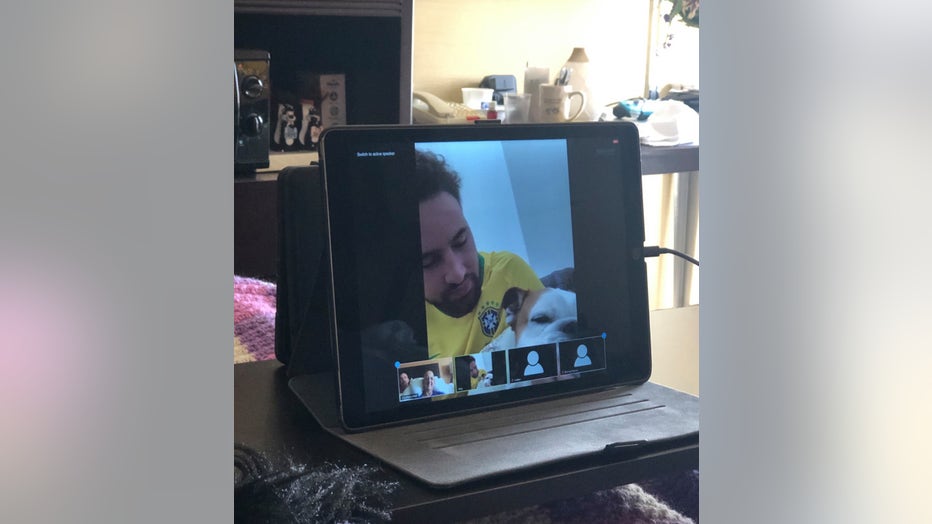 She was initially drawn to the Dubs because of their teamwork. But a post-game interview from years back after Thompson had a very productive night is what solidified her love for the all-star. She said Thompson excitedly gave credit to his teammates and deferred from self-praise.

And speaking of self-praise, while discussing her battle with cancer, Wright mentioned her four children and three grandkids. What she didn’t say initially is she and her husband adopted those children--  her husband interjected with the touching detail.

“They were not born under my heart, they were born in it,” she said.

Wright recently had to make an unimaginably difficult decision after her metastatic breast cancer spread to other areas of her body. She was preparing for a procedure to attack cancer in the lining of her brain and spinal cord, but doctors determined her central nervous system was being impacted and the chance for a successful round of chemotherapy was low.

“Right now, I had to think, ‘Do I want quantity of life or quality of life?’” said Wright. “I chose quality.”

And while doctors have given Wright just two to six weeks left to live, she may have gained some extra time from recent brain radiation treatment.

“Judging on how I feel mentally, I’m thinking we did get some time out of that,” she said. 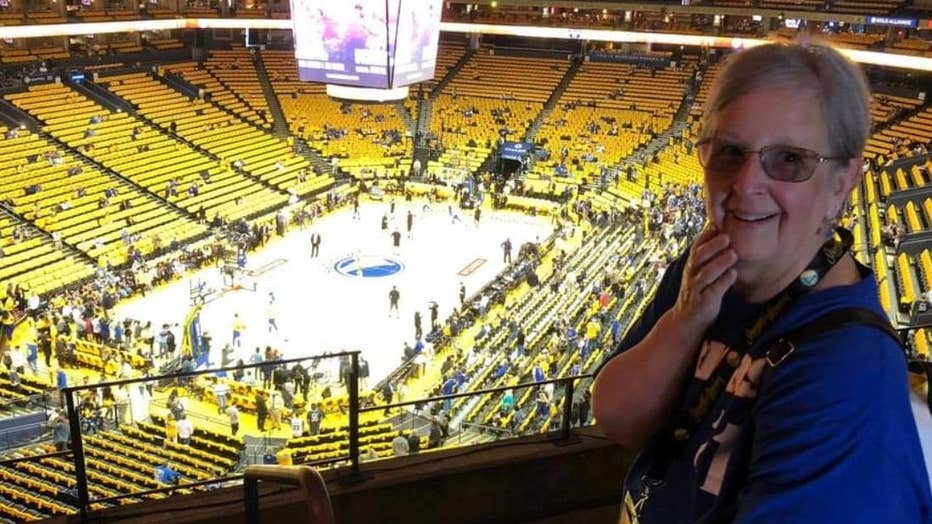