The Kremlin on Thursday said the intervention of Western nations will not have an effect on its war in Ukraine as the U.S. looks to target Russian generals through intelligence sharing.

"Our military knows well that the United States, Britain and NATO permanently supply the Ukrainian army with intelligence data and other parameters. This is well-known," Kremlin spokesman Dmitry Peskov told reporters. "At the same time, [such actions] are unable to prevent the achievement of the special military operation’s goals." 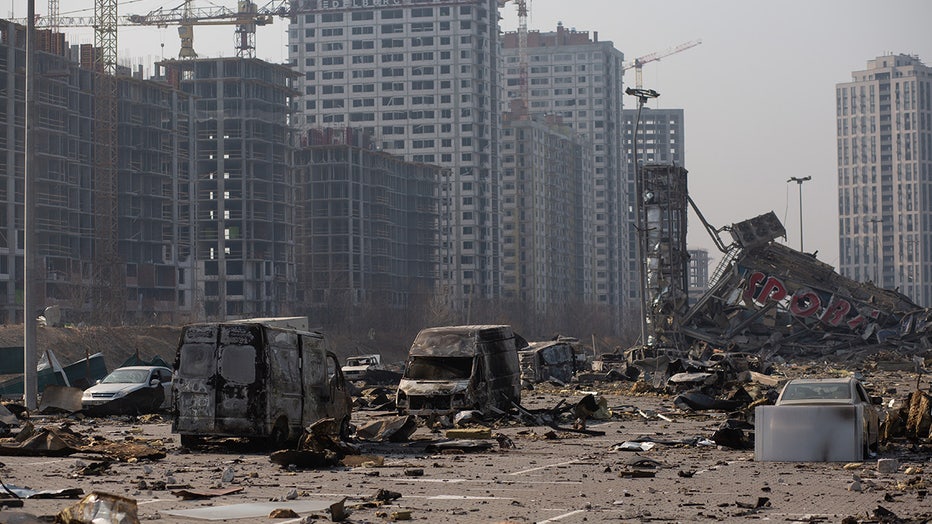 he site of a rocket explosion where a shopping mall used to be on March 23, 2022 in Kyiv, Ukraine. The rocket hit the shopping mall on March 20, 2022. As Russia's advance on Kyiv has largely stalled, the Ukrainian capital has continued to be hit by m

The Ukrainian government has claimed that a dozen Russian generals have been killed since the war began 70 days ago, but U.S. officials have not confirmed this figure.

Russia has accused the West of waging a proxy war against Moscow by supplying Ukraine with billions of dollars worth of defensive aid.

The U.S., NATO and other allied nations have vowed to continue arming Ukraine as Russia doubles down in its deadly campaign in eastern and southern parts of the country.

U.S. lawmakers additionally took steps last week to revive a World War II-era policy that would ensure that not only would Ukraine gain faster access to U.S. arms, but also all nations in Eastern Europe affected by Russian President Vladimir Putin’s war would.

The policy, which helped to defeat Adolf Hitler, was agreed to just days after Russia suggested it would also set its sights on Moldova.

Find the latest on this story on FOX News.com.