CHARLOTTE, N.C. - Krispy Kreme on Monday announced a new addition to its flavor lineup that is sure to please cereal fans.

The doughnut chain partnered with Cinnamon Toast Crunch to make the all-new Cinnamon Milk Glaze and is now offering three new doughnuts for a limited time at shops across the United States.

The new doughnuts include Cinnamon Milk Glazed Doughnut, described as a "light and airy doughnut" covered in the new glaze and made with real Cinnamon Toast Crunch cereal. 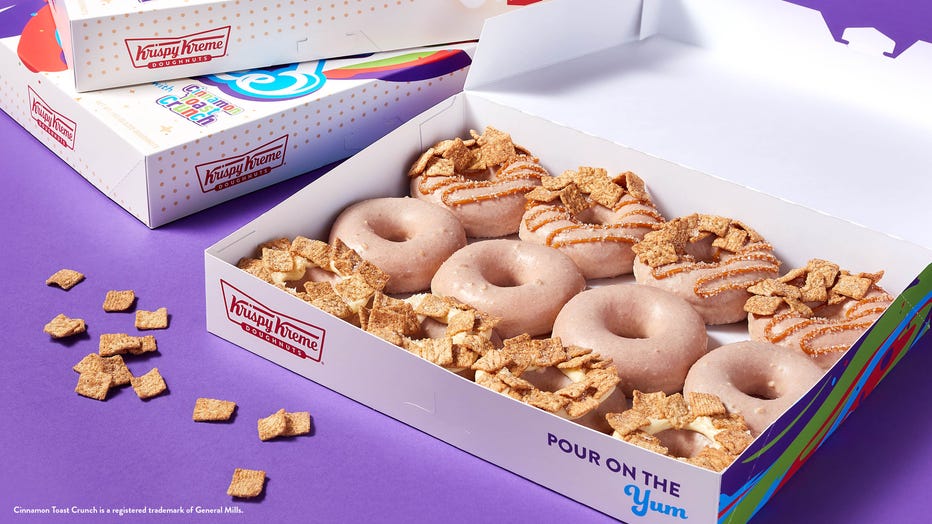 Milk on the bottom of a cereal bowl has evolved from something of a childhood treat to a food trend over the past decade or so, thanks in part to the bakery chain Milk Bar, followed by others.

Krispy Kreme said its new Cinnamon Milk Glazed doughnuts will be available individually or in a limited-edition cereal box-inspired dozen box, complete with a word search on the back.

Earlier this month, Krispy Kreme made headlines for another promotion: selling a dozen original glazed doughnuts for the average U.S. price of regular gas. The offer happens on Wednesdays through May 4.