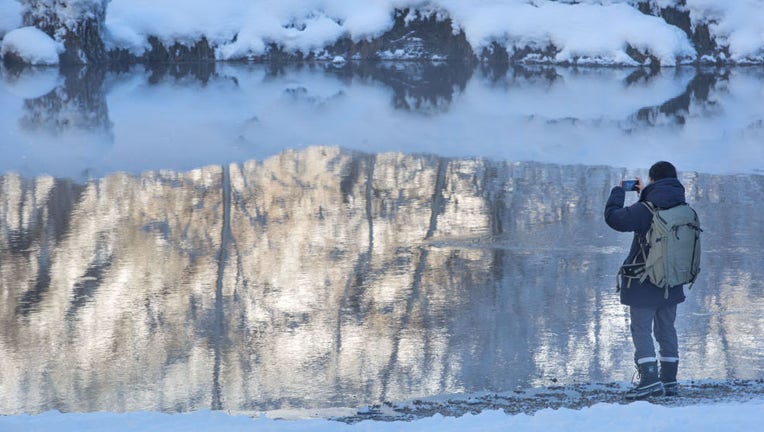 FILE-A photographer takes pictures of the Merced River after a major Pacific storm dumped a foot of in snow in Yosemite Valley in Yosemite National Park, California. (George Rose/Getty Images)

Do you remember the last two winters? Well, if forecasts for a rare-triple dip La Niña are accurate, the country is in store for more weather extremes.

The National Oceanic and Atmospheric Administration released an updated outlook Thursday that said there was a 91 percent chance the pattern would be in control through November and a 54 percent chance through March 2023.

A substantial amount of cooler-than-average water in the east-central Pacific and long-range climate models give forecasters confidence that the La Niña pattern will continue.

During a typical La Niña winter, the southern tier of the country tends to be drier and warmer, and the northern half is usually colder and snowier than usual.

Where moisture and temperature extremes meet, areas can resemble battle zones. If the right ingredients are in place, tornado outbreaks can impact the South and the country’s heartland.

"Preliminary research indicates that La Niña corresponds to an especially active phase for tornadoes over the Deep South with a relatively high frequency of cold-season outbreaks of EF2 or stronger tornadoes," the National Weather Service office in Jackson, Mississippi, said.

The combination of an active jet stream, plenty of moisture and a clash of air masses helped produce a record-breaking deadly tornado outbreak in December 2021. The outbreak included a rare EF-4 long-track tornado that flatted parts of Mayfield, Kentucky.

On the other side of the spectrum, snowstorms and blizzards are usually common where deep moisture meets frigid air.

Communities from Maine through the Plains and to the Pacific Northwest reported record-breaking snowfall events during the past winter and there is nothing in the outlook that says the extreme events won’t happen in the northern tier again. 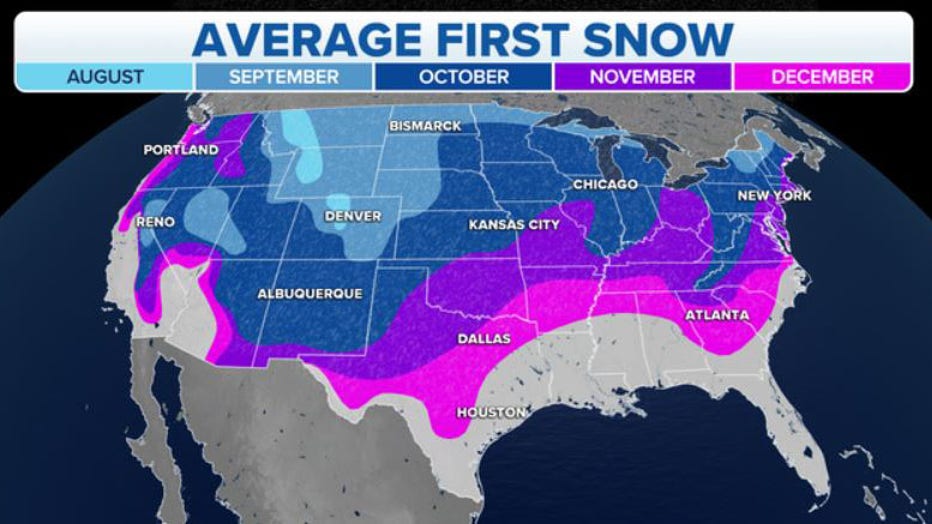 Average date of the first snowfall of the season. (FOX Weather)

NOAA’s Climate Prediction Center believes the La Niña three-peat will be only the third time on record for the occurrence.

Usually, the El Niño-Southern Oscillation, or what is commonly called the ENSO, tends to act more seesaw-like, flipping between La Niña and El Niño more frequently.

A diminishing La Niña would put the world in neutral status until ocean temperatures and complex pressure patterns decide the future of the state of the ENSO. 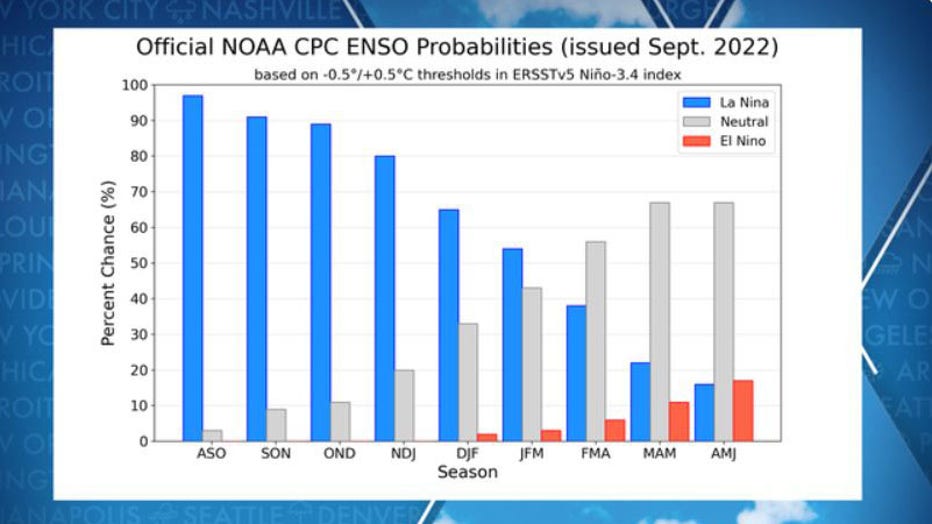