LAKELAND, Fla. - A "bizarre" chain of events led up to a Lakeland homeowner shooting and killing a man who broke into his home.

On Friday morning, the suspect was traveling north on Old Polk City Road with a female passenger. At one point, he crashed into a tree, threw himself on the hoods of several cars, and tried to enter a school bus, said Sheriff Grady Judd, based on preliminary information.

"At 6:10 this morning, this guy is totally out-of-control, very dangerous," he described.

Luckily, the sheriff said, the driver refused to open the school bus door.

After, the man forced entry into a home, in an "undisclosed location," the sheriff said. 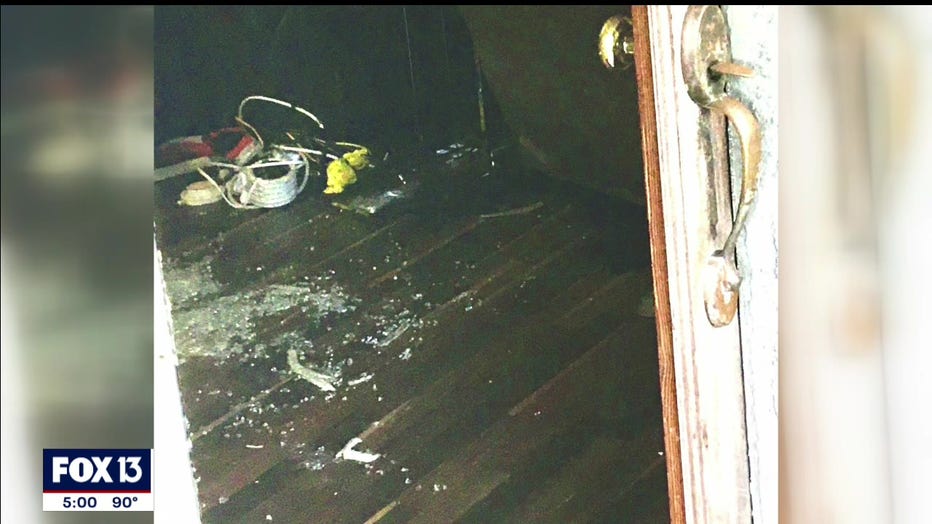 "He bust through the front glass door. There's a glass insert from floor to ceiling," Judd described. "He's in the house. He's wild and out-of-control."

A 9-year-old child, his parents and grandparents were inside the home at the time. The father of the child grabbed a gun and dialed 911, Judd said. That's when the intruder grabbed the glass that broke off the front door.

"And threw it at the homeowner," Judd described. "That's when [the father] shot him, and he went down. Our deputies arrived shortly, attempted to provide first aid of the suspect. He was later pronounced deceased at Lakeland Regional." 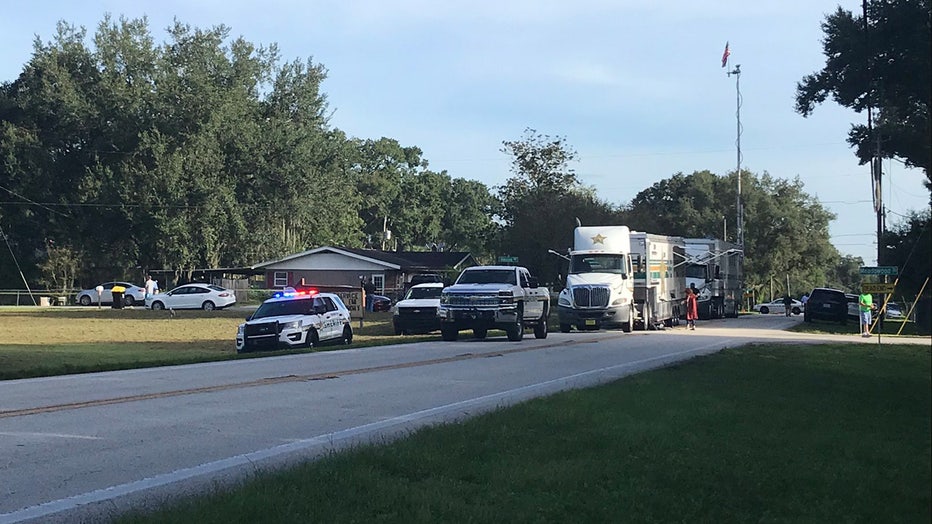 It's unclear what caused the man's behavior, the sheriff said, but described his actions as "bizarre."

"He was just absolutely bizarre in his conduct," Judd said. "He was a big man. He was a dangerous man. And now he is a dead man."

Detectives said they are interviewing the female who was with him. So far, they said, she told them they traveled to the area from Orlando to meet someone in the county. Officials have not described their relationship.

The sheriff's office hasn't identified the individual who was shot and killed, but described him as a 45-year-old Hispanic man.

The homeowner, Judd said, was justified in firing his weapon, but the agency doesn't make the final decision. He said detectives will send their reports to the state attorney's office.

"But all of the indications at this point were that the homeowner did exactly what he should've done," he said.

Judd pointed out this is the second time in less than a week that homeowners within the county had to defend themselves.

The full press conference with Sheriff Judd can be viewed below: