'Failure of our criminal justice system': Man on parole kills 2 nurses in shooting at Dallas hospital

Dallas police say the shooting happened inside the hospital on 1400 block of North Beckley Avenue around 11 a.m. on Saturday.

The hospital says according to its preliminary investigation the suspect shot and killed the employees, and was then confronted by a Methodist Health System police officer.

The officer shot the suspect, 30-year-old Nestor Hernandez, injuring him. He was then detained, stabilized and transported to another hospital for treatment. 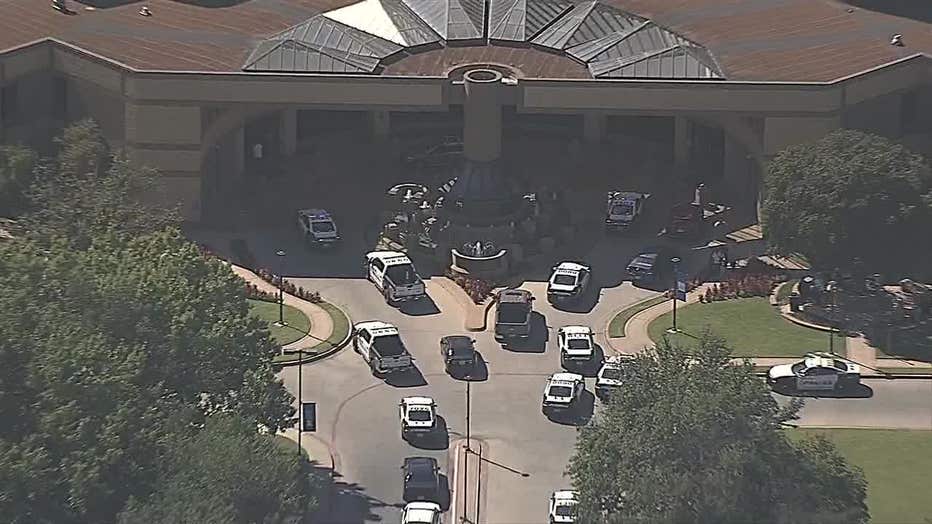 The CEO of the Combined Law Enforcement Associations of Texas said the suspect shot two maternity ward nurses. An officer in the area saw the suspect with a gun and fired a single shot, hitting Hernandez.

Dallas Police say Hernandez is currently on parole for aggravated robbery and had an active ankle monitor at the time of the shooting.

Denise Jones says she arrived at the hospital to visit her parents on Saturday morning when she got a call from her dad.

"He said ‘there’s a shooter in the building.' He said, ‘get back in your car and get as far away from the hospital as you can,’" Jones said.

Jones said her father locked himself in his wife's hospital room and put a chair up against the door.

There is no ongoing threat, according to the hospital.

Methodist Health System Police are investigating the shooting with the help of Dallas Police.

In a statement the hospital said:

The Methodist Health System Family is heartbroken at the loss of two of our beloved team members. Our entire organization is grieving this unimaginable tragedy. During this devastating time, we want to ensure our patients and employees that Methodist Dallas Medical Center is safe, and there is no ongoing threat. Our prayers are with our lost co-workers and their families, as well as our entire Methodist family. We appreciate the community’s support during this difficult time. 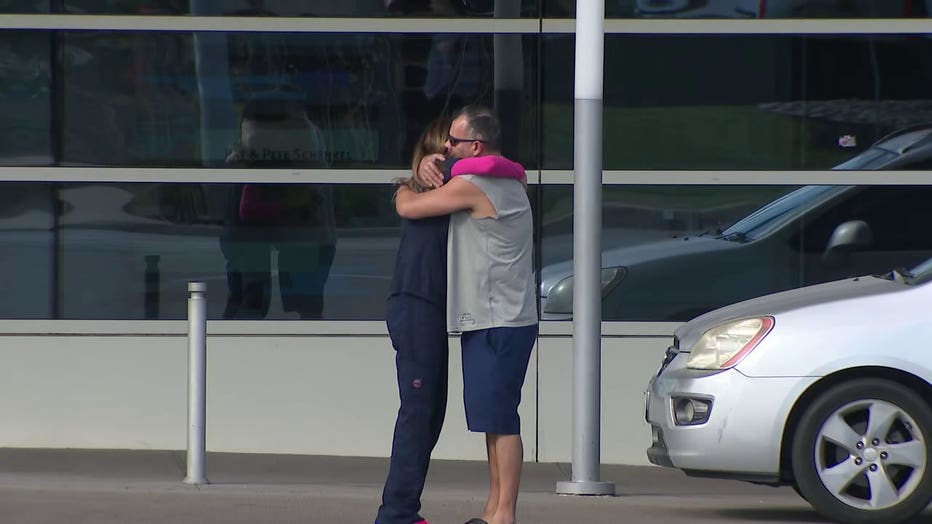 FOX 4 cameras capture a hospital employee and another person sharing an emotional moment outside of Methodist Dallas Medical Center on Saturday after the shooting.

Dallas mayor Eric Johnson sent a tweet saying, "our city loves our healthcare heroes, and our residents will be there for them as we grieve and seek swift justice."

"Our hearts are broken," said Dr. Serena Bumpus, RN, CEO of the Texas Nurses Association. "This is unacceptable. No person should fear for their life for merely going to work, especially a nurse or healthcare worker whose passion is to help others heal. We hope our legislators understand that we need to protect our healthcare workers."

Methodist did not respond to FOX 4's questions about security at the hospital and other concerns on Saturday.

Police have not given an update on the identities of the victims.