NORTH PORT, Fla. - As the search for Brian Laundrie – and answers in the death of Gabby Petito – continue, so too does the scrutiny of his parents, Christopher and Roberta Laundrie.

Members of the North Port community, and beyond, are asking if they had any role in his disappearance and could they themselves face charges?

The Laundrie family has remained quiet since Gabby Petito was reported missing on September 11 and while many jump on that fact as a way to point blame, legal experts are urging people not to rush to judgment.

It’s unclear what, if anything, Brian Laundrie's parents know. Criminal defense attorney Bjorn Brunvand, who is not associated with the case, says their silence doesn't necessarily mean they had any role to play in their son's disappearance or that they know anything about Gabby’s death.

William and Charlene Guthrie told to Fox News they noticed the Laundries had gotten a new camper attachment for their pickup truck and were loading it up, presumably for a trip about a week into September.

The answer to the Laundries’ silence may be simple, Brunvand says.

"They may just be following legal advice."

Laundrie's parents did tell the police on Friday, September 17 that their son left Tuesday, September 14 to go camping at the Carlton Reserve, a 25,000-acre wilderness park in Sarasota County.

Meanwhile, the Laundries left their home for the first significant amount of time since reporting their son missing last Friday. They were followed by a police escort, but police would not say where the couple went.

MORE: Gabby Petito case: Where could Brian Laundrie be 10 days after slipping away?

Search efforts there appear to have been fruitless, so far.

Brunvand says if his parents do ultimately face charges, it could come down to what they knew and when they knew it. 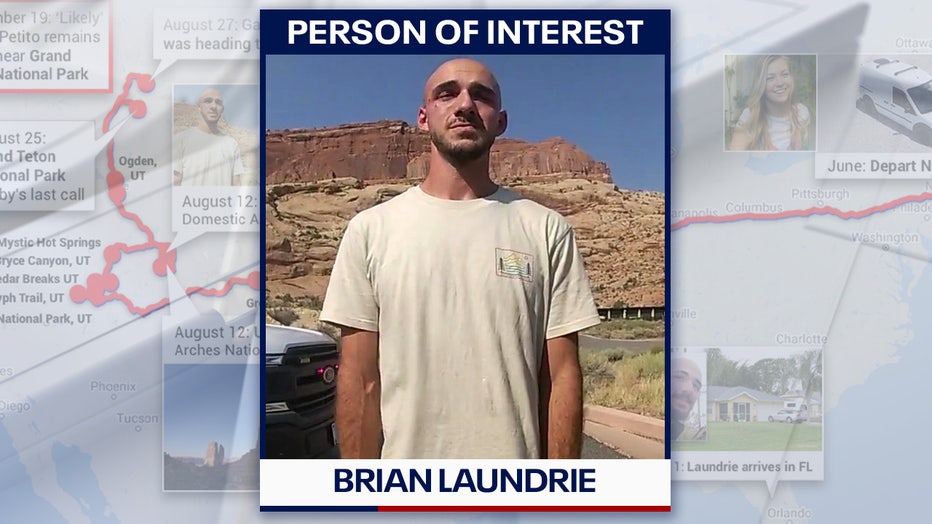 "If they had an inkling, that's not enough for them to have any type of duty to report it. If they knew a federal felony took place, I believe under the misprision of a felony statute, they may have a duty to report the crime," he noted.

Thursday, the FBI charged Brian Laundrie with a felony – unauthorized use of two credit cards, taking more than $1,000.

Documents released by investigators say if or when Laundrie is located, he will be charged with intent to defraud for one or more unauthorized uses of a Capital One Bank card, between August 30 and September 1. The indictment does not say specifically to whom the cards belong.

The indictment against Brian Laundrie is a single count and says he committed fraud by using a debit card to take out more than one thousand dollars. Legal analyst and defense attorney Anthony Rickman says the charge is simple, but it becomes a significant piece in a large puzzle.

Laundrie family attorney Steven Bertolino responded to the FBI's arrest warrant, telling Fox News, "It is my understanding that the arrest warrant for Brian Laundrie is related to activities occurring after the death of Gabby Petito and not related to her actual demise. The FBI is focusing on locating Brian and when that occurs the specifics of the charges covered under the indictment will be addressed in the proper forum."