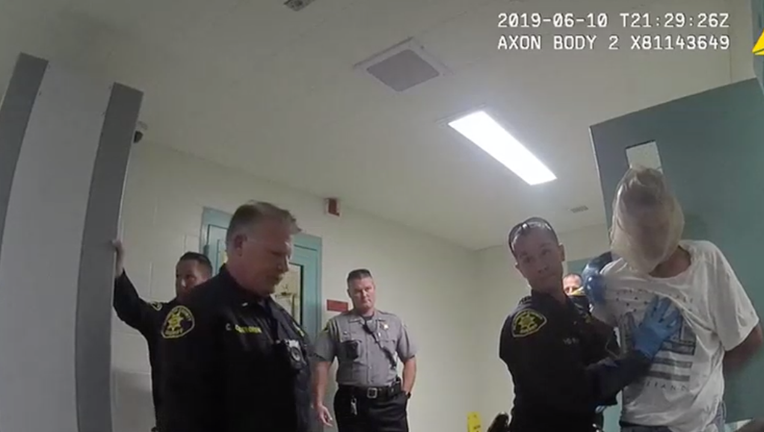 DUBLIN, Calif. - A former Alameda County sheriff’s lieutenant admitted he made an “epic mistake”  after securing a 20-year-old Fremont man with cuffs and chains to a cell door in an act that not only violated jail policy but ended up in the young man’s death, newly released public records show.

Lt. Craig Cedergren told an Internal Affairs investigator he made a serious error chaining Christian Madrigal to the jail door on June 10, 2019,  further stating "it was an 'epic' mistake, and he was clearly panicked and overwhelmed with the whole situation."

In addition, another supervisor said Cedergren “called him within an hour after this incident occurred and told him something bad happened, an inmate was going to die, and [that he] thought it was his fault,” according to the recent release of more than 100 pages of his Internal Affairs investigation, which KTVU obtained through a Public Request Act.

Madrigal, who would have turned 21 last week, died at the hospital five days after he hung himself with the chains he was provided to subdue him.

The Alameda County District Attorney found no criminal charges were warranted following Madrigal’s death. But the Alameda County Sheriff sought Cedergren's termination and as of mid-July, no longer works there, KTVU previously reported. He ended up retiring on July 8, four days before he was supposed to have been fired, records show.

The newly released report shows that IA investigators found sustained allegations against Cedergren for being negligent in his duties as a supervisor and failing to turn on his body camera. Cedergren was not found guilty by his bosses of chaining Madrigal to the door as a form of punishment.

Much of what was documented in the newly released IA reports has already been reported by KTVU.

However, the internal investigation provides the first glimpse into how 10 deputies, sergeants and captains viewed the fatal chain of events that transpired that day. It is also the first time that Cedergren’s thoughts and actions have been made public. He has repeatedly declined to respond to requests for comment, as have his lawyers from the Rains, Lucia and Stern firm. 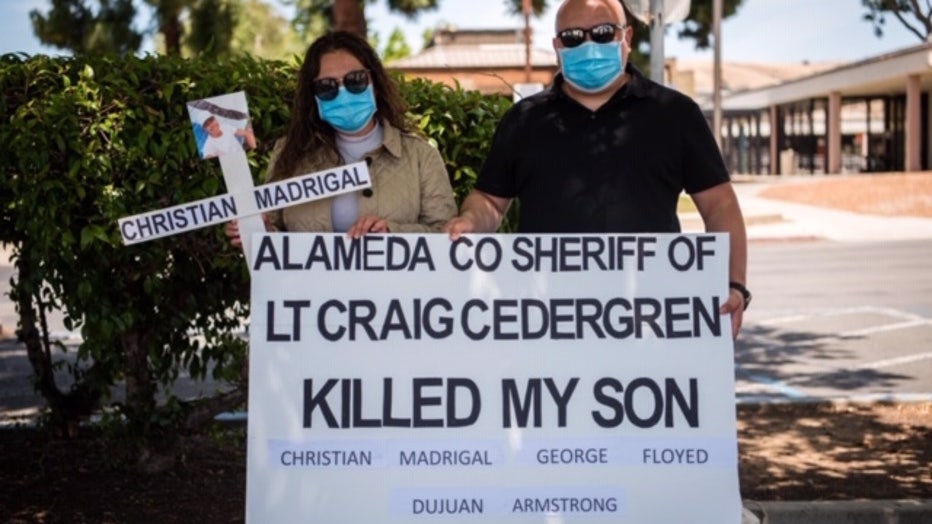 Realizing that Cedergren acknowledged his role in the fatal matter didn’t help Madrigal’s parents any.

“My wife and I are outraged,” said Madrigal’s stepfather Jose Jaime, speaking for both himself and Madrigal’s mother, Gabriela Covarrubias. They both believe that the District Attorney should have charged the lieutenant and two of his high-ranking colleagues with their son’s death.

Cedergren and the others “had the choice to place my son on a restraint instead they chose to leave him chained to a door….Cedergren knew the outcome of his actions,” Jaime said.

Madrigal had been taken to Santa Rita Jail last summer after his parents had called Fremont police for help, thinking their son was suffering from a psychotic break a few weeks prior after experimenting with mushrooms.

But instead of taking him to the hospital, Fremont police said Madrigal was acting “combative” and sent him to Santa Rita in a spit mask and full-body WRAP to detox.

The young man was only supposed to be there for up to eight hours.

Instead, the deputies assumed Madrigal would fight them, based on what Fremont police described, and they planned to put him in a restraint chair upon taking him out of the WRAP.

At the last minute, Cedergren changed plans and he personally chained Madrigal to the door, leaving him there for more than two hours. Madrigal ended up slipping out of the cuffs and leg irons and hanging himself with the chains he was provided. It is unclear why he did that. His family said he had not previously been suicidal, but they did acknowledge the ill effects of the mushrooms. Hospital records also show Madrigal had suffered a lacerated spleen, but how he got those injuries is still a mystery to his family and attorney. 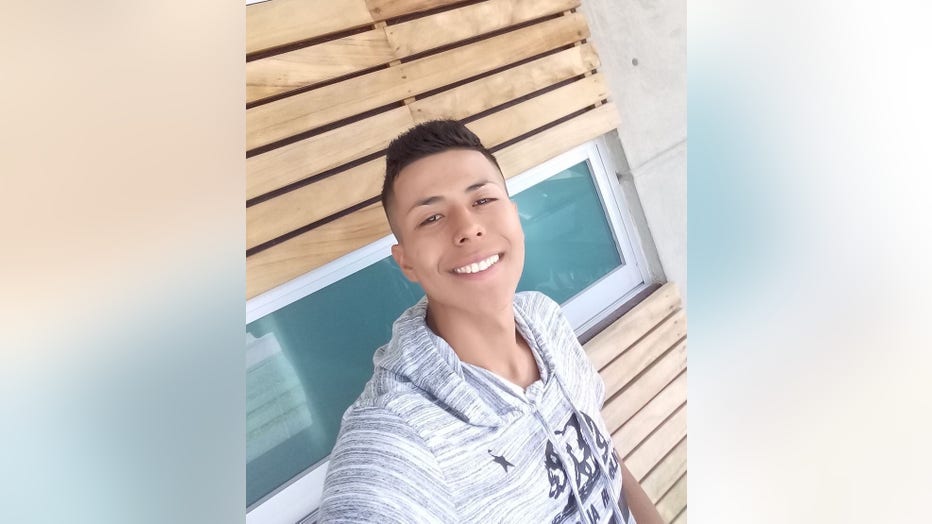 Christian Madrigal loved to play soccer and was a vegetarian. He had recently moved to Fremont from Mexico.

The line of questioning in the IA report, written by Sgt. Mark Pickett, focused on whether Cedergren was a good supervisor and whether his staff respected him.

The answer was overwhelmingly no.

Colleagues said Cedergren was “old school” and acknowledged he didn’t know how to use the restraint chair or think it appropriate, so he acted in a “hands-on” manner, like he was a deputy instead of a manager, chaining Madrigal to the door himself, according to several interviews in the IA report. Cedergren had only worked in the intake unit of the jail for about a month.

And so he convinced his staff that he knew best; and he decided to abort plans to put Madrigal in a restraint chair, opting instead to use cuffs and leg irons to chain the young man to a door, according to several interviews.

“I’ve done this a hundred times before,” Cedergren told his staff. “It’s not a problem. I’ll take, I’ll take responsibility for it.”

In addition, the report reveals that some of his staff thought him to be “reckless.”

Deputy Tiffany Rhoades told Pickett that she heard he was still involved in “use of force” incidents with inmates, “actively participating in shakedowns, which she thought showed questionable judgment.”

Pickett’s interviews also showed that while the rank-and-file did not think chaining Madrigal to the door was the appropriate course of action, no one spoke up, including Sgt. Johnnie Graham. Graham had three years more experience than Cedergren working in the jail and he served directly underneath him.

For example, Graham expressed in his interview with Pickett that he believed Cedergren was “not doing things properly and he did not want his deputies learning the wrong way to do things.”

But Graham also acknowledged that he “never directly confronted Lieutenant Cedergren over things...he was doing he did not agree with.”

Graham said he “just tried to manage the best he could without being confrontational” as he was “afraid of what he would say to Lieutenant Cedergren.” Graham, who said the two often worked entire shifts without speaking to each other, admitted he allowed Cedergren to take over “as he recognized the need to follow the chain of command.”

That said, colleagues also described Graham as a manager who was “on his way out the door” with retirement soon on the horizon, as an explanation for him not wanting to get involved in conflict or confrontations. 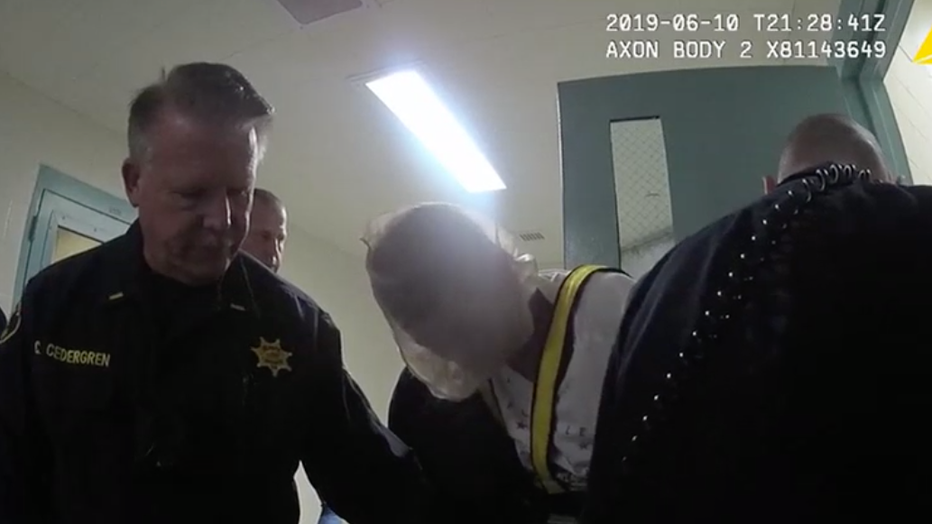 What is missing from Pickett’s line of questioning is any type of introspection or questions on how this situation could have been prevented, according to Madrigal’s family and attorney.

Pickett’s questions and observations only briefly touched on the fact that Madrigal was only “passively resistant” that day - backed up by visual evidence KTVU obtained through body camera video -- despite allegations from Fremont police that Madrigal had been violent in their custody.

Pickett questioned one or two deputies whether an alternative solution could have been presented that day. When asked, Cedergren himself acknowledged that he could have found a more "simple" solution, like putting Madrigal on the floor in a cell to sleep it off, the reports showed.

And even though the restraint chair would have likely turned into a less-lethal option than chaining Madrigal to the door, the chair, by jail policy, is only supposed to be used if someone is going to harm others, himself or destroy property.

There has been no visual evidence provided that Madrigal had been acting violently, despite claims by Fremont police that he had. Video released of that day shows Madrigal mostly subdued, sometimes tensing up when he is being prodded and asking to go home.

For example, Pickett asked Deputy Chris Comfort if there was a reason “why they could not have opened up the door to Mr. Madrigal’s cell and gone inside, to remove the ankle restraints and then simply laid Mr. Madrigal on the ground and exited the cell.”

Pickett wrote: “Deputy Comfort told me no, saying Mr. Madrigal was only being passive resistant and going back inside the cell to remedy the situation, was the only solution.”

However, Pickett did not pursue that issue much further and did not press all the other deputies or captains on this matter. He also did not write a summary addressing the fact that Madrigal was not actively resisting or offer best-practice protocols for the future.

“The report focused singularly on the lieutenant and his acts and omissions,” said civil rights attorney Adante Pointer, who is representing Madrigal’s family in a wrongful death suit against the Sheriff’s Office. “It downplayed and missed opportunities to focus on humanity.”

Pointer also took aim at those who disagreed with what was going on, but who stood by, saying nothing.

“They were complicit in this torture,” Pointer said, “silently following their chain of command.”

Pointer said that everyone involved, including the IA investigator, seemed only to be concerned with whether the restraint chair was the right method to quiet Madrigal down.

“Even the chair was not warranted,” Pointer said. “He was passively resistant. He was calling out to go home. There was no need for all that restraint.”