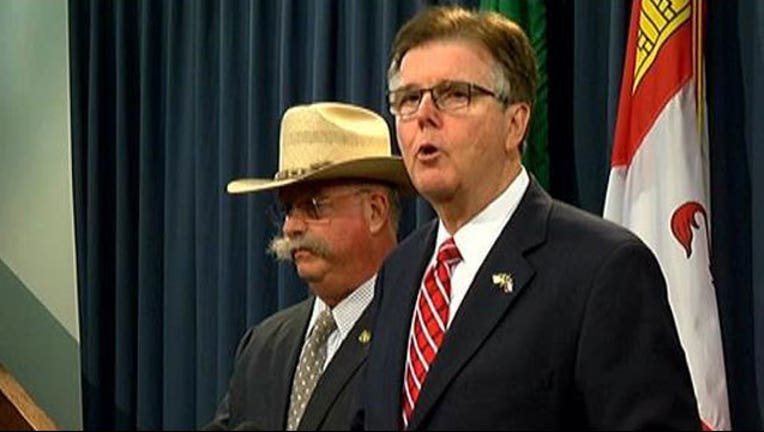 Lieutenant Governor Dan Patrick and many in The Sheriff's Association of Texas are not satisfied with the current immigration policy. Wednesday, they met at The Capitol and want the public to know what it could mean for public safety.

Immigration is a topic that polarizes opinions but The Sheriff's Association of Texas and Texas Lieutenant Governor Dan Patrick are unified in their frustration with the Obama administration's new policy.

"There's a new program that has taken place of the secure communities program, which makes our communities less secure," said Patrick.

The Priority Enforcement Program or P.E.P. was issued in November and put in place last month. It overrides the congressionally mandated Secured Communities Program.

Jessica Vaughan for the Center for Immigration Studies says P.E.P can potentially put criminals back on the streets and make it even more difficult for immigrations and customs enforcement to catch them.

“They now are forced to wait until someone is actually convicted of something. These offenders might be released before that conviction happens. They're an extreme flight risk," said Vaughan.

"We're talking about folks who have come into this country illegally and then committed crimes against or property here in the state of Texas," said A.J. Louderback, Jackson County Sheriff.

Another immigration issue on the table is sanctuary cities.

"I'm totally confident that one of the first measures we will pass in 2017 when we come back will be to ban sanctuary cities in Texas," said Patrick.

Based on Patrick's remarks, 2017 will be a busy legislature with changes in immigration policy at the forefront.