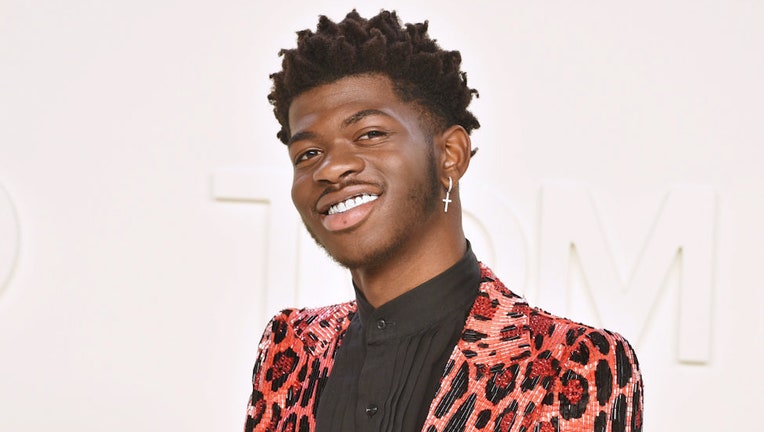 Nike filed a copyright infringement lawsuit Monday against MSCHF, a streetwear label, after the release of its "Satan Shoes," a collaborative effort with rapper Lil Nas X.

"Nike filed a trademark infringement and dilution complaint against MSCHF today related to the Satan Shoes," according to an emailed statement from Nike sent to FOX TV Stations on Monday. "The Satan Shoes were produced without Nike’s approval or authorization, and Nike is in no way connected with this project."

The shoes were released on Monday and sold out in "under one minute," a SAINT tweet read. Approximately 666 pairs were created and were being sold for a whopping $1,018.

The rapper, famously known for his hit song, "Old Town Road" featuring Billy Ray Cyrus, collaborated with MSCHF to release the sneaker which was featured in his recent music video, "Montero (Call Me By Your Name)."

As of Monday, the video had garnered more than 33 million views since it was posted on YouTube March 25.

Nike stated it did not "have a relationship with Lil Nas X or MSCHF" and that the company did "not design or release these shoes" nor do they endorse them.

The shoe is a modified black-and-red Nike Airmax 97 which features a pentagram pendant on top of the laces and contains "60cc ink and 1 drop of human blood," according to SAINT, a streetwear retail website.

Lil Nas X’s release of "Montero (Call Me By Your Name)" over on March 25 sparked both outrage and applause on social media.

The music video features a hypothetical world that shows images depicting both heaven and hell.

The scene that sparked the most outrage features Lil Nas X sliding down a pole into "hell" and the lap of a creature styled as Satan on a black throne wearing the controversial "Satan Shoes." Lil Nas X then goes on in the video to give the devil a lap dance.

While the shoes themselves are not highlighted in the music video, the sneaker release and imagery from the music video appeared to ignite a firestorm of criticism from some public figures, including South Dakota Gov. Kristi Noem.

Lil Nas X has not backed down in the face of the blowback, however. The rapper tweeted at his critics to "stay mad."

"i spent my entire teenage years hating myself because of the s*** y’all preached would happen to me because i was gay. so i hope u are mad, stay mad, feel the same anger you teach us to have towards ourselves."

Despite making it clear he does not feel bad about the release of the song or the subsequent partnership with MSCHF to sell an exclusive Satan-themed sneaker, the rapper posted a YouTube video on Sunday titled "Lil Nas X Apologizes for Satan Shoe."

The apology video, however, appears to be a ruse that plays a clip of the controversial lap dance scene from his music video.

Other artists and scores of fans have come out in support of the 21-year-old rapper. Miley Cyrus tweeted a photo sporting her new sneaker purchase.