What started as a half-joking ploy to get drivers to slow down caught the attention of the local police department.

BRIDGEVILLE, Pa - A Pennsylvania business tried to get drivers to slow down and avoid tickets, but the ploy caught the attention of the police instead.

PJ’S Deli, Catering and Bakery, a local business in Bridgeville, Pennsylvania, created a sign to warn drivers of the police presence in the area.

The sign reads, "Slow down... the cop hides behind this sign." Pam Wheat, the owner of the deli, put up the sign as a joke and the police department eventually caught wind of it.

"It was put up as a joke, and they came and parked a cruiser behind the sign and took their own picture," Wheat said.

After the police department took the picture, they took it to Facebook in the form of a post that read "Well… I guess the jokes on us!!", followed by laughing emojis and a "SMH."

The store is located on Bower Hill Road and although drivers speed through all the time, police aren’t on the property often.

"We see accidents almost daily on our corner because it’s a bad intersection, but they do not use my property to hide so you can let that secret out of the bag," Wheat said.

Wheat has a great relationship with the local police department, so when they saw the sign they all thought it was funny.

"I thought this was great because it shows we can laugh at ourselves," Bridgeville Police Chief Chad King said.

King thinks it means a lot to the community that the police department has such close relationships with its residents. He also adds that it breaks certain stigmas about police in general.

"I think there’s a stigma out there that police officers are robotic, and I like to show that we interact well with the public and we like to have a good relationship with the public," King said.

RELATED: Pennsylvania man wronged in past by police saves officer from burning car

This sign is one of many, as Wheat makes funny signs for the public often. Another one of her signs read, "‘Come try ‘the worst food you’ll ever eat in your life according to some chick on Facebook," after receiving a bad review from a customer. 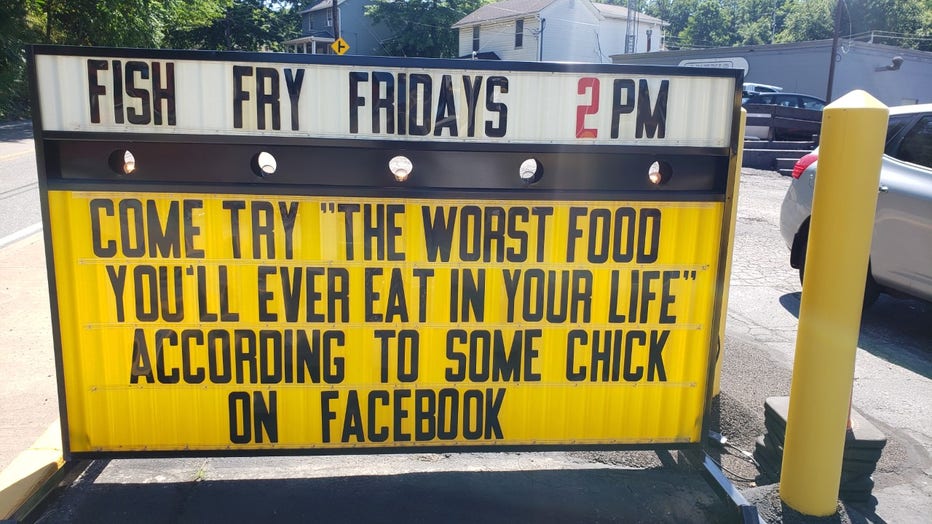