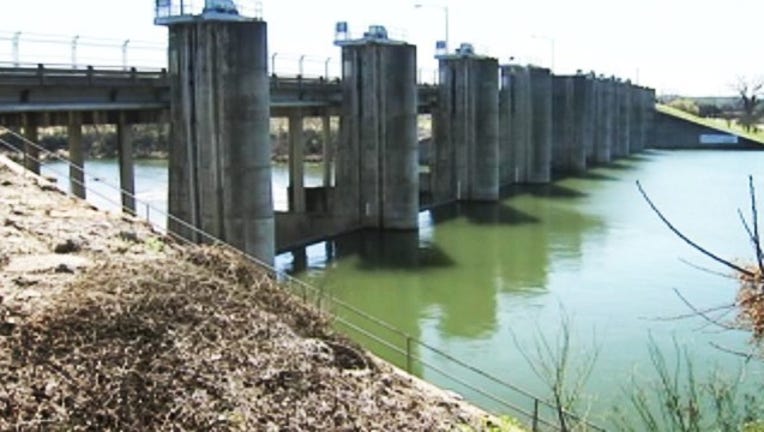 AUSTIN, Texas - The structural soundness of the longhorn dam along the Colorado River is being questioned. According to a series of reports by KUT, city officials are trying to decide whether to replace, or repair it. And who will be responsible for the dam going forward.

Longhorn dam is operated by Austin Energy. It was built in 1960, to help supply water to generate electricity at the Holly Street Power Plant. While the plant is gone- utility spokesman Robert Cullick says a new discussion has emerged.

"So we really have to sit down and say, how is the reservoir going to be operated in the future and who should operate it and then what repairs should be made," said Cullick.

Responsibility for the dam could be transferred to one of several city departments or even to the LCRA. But the structure is showing its age. One flood gate no longer works. Others leak. The fixer upper could be a money pit for the new owner.

Austin Energy recently spent $650-thousand repairing a hydraulic system at the dam. As for the overall structure- Cullick disputes any suggestion it is not sound.

"No, this dam is safe and secure and both protects and serves the people of Austin as it has for about 50 years," said Cullick.

Even though the dam is not falling down anytime soon, Austin Energy has started looking at options. They range from a major retrofit to a total tear down with replacement.

Two studies were done, one in 2012 and another a year later. The first proposal modifies the existing dam at a cost of $14 million. Control systems would be upgraded and new gates installed. The other plan, a $17 million design, does not involve the use of gates but would also require a feasibility study. Both ideas widen sidewalks on top of the dam, which is popular for those who use the hike and bike path.

Runners like Jonathan and Kimberly Davis want a better pathway constructed over the dam. The issue of scope and cost is a point of debate

"I feel like if it needs money, and as much as we use it, I'd certainly be willing to chip in," said Kimberly Davis.

"Then maybe take it down to 2 lanes on the highway instead of 4, and expand some sidewalks a little bit and make it safer to get over," said Jonathan.

A lot more time and water will flow through the dam before the question of ownership is resolved.