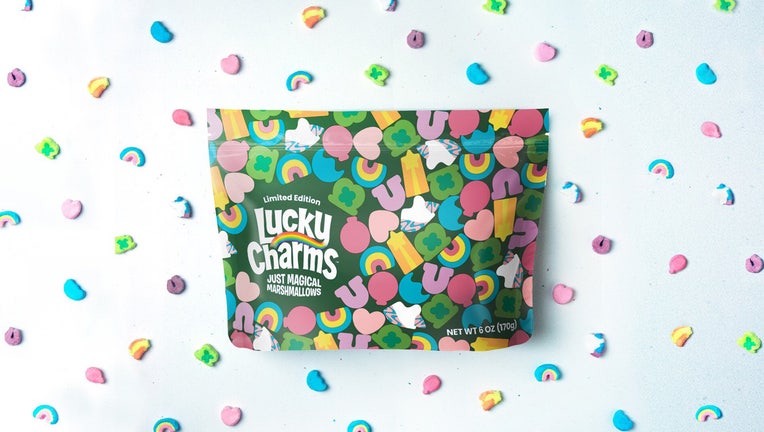 Remember when you were a kid and all you wanted was a big bowl of Lucky Charms' marshmallows and none of those (still sugary) space-filling frosted oat pieces?

Well, now your childhood fantasies of sugary gluttony have finally been realized, as General Mills is releasing a bag of just freeze-dried marshmallow goodness available for purchase at retail locations. It only took 56 years.

The limited-edition Lucky Charms Just Magical Marshmallow pouch contains 6 ounces of the iconic charms, which, as anyone knows, are made up of hearts, stars and horseshoes, clovers and blue moons, unicorns, rainbows and tasty red balloons. Though the unicorns appear to be a new addition to the marshmallow mix.

The cereal, which was first launched in 1964, has created marshmallow-only boxes in the past, according to a press release, but this is the first time it has released an item available for purchase nationwide in September.

The pouch is available at select retailers for $3.99 while supplies last.