(FOX 2) - A Lyon Township woman who had a man who believed he was her boyfriend attacked and severely beaten was sentenced Wednesday. The victim was hit in the head with a baseball bat several times last year. The attack left him bloody and unconscious.

Jessica Kropiewnicki cut her tether and did not show up for her original sentencing date for assault with intent to murder Alex Malec of Northville. But she could not avoid judgment day any longer.

A Lyon Township woman was sentenced 15-30 years after a brutal baseball bat attack on her boyfriend in 2019.

"I am human. I made a huge mistake," she said at the sentencing, where she faced a judge and Malec, the man who considered Jessica his girlfriend.

"I have scars on my head and one visible hearing aid," Malec said at the hearing.

Kropiewniki and her boyfriend Christopher Simons were accused of attacking Malec with a baseball bat in a wooded area in May of 2019 in Lyon Township and then leaving him in a body of water to die. Malec says his injuries from the attack have dramatically changed his life.

"I feel as if certain parts of my brain internally don't function anymore," he said. And as Malec gave an emotional victim impact statement, the judge was disturbed by Kropiewniki's behavior.

"Ms. Kropiewniki, every time you laugh, every time you shake your head, that's another year that's being added to your sentence," Judge James Alexander from Oakland County Circuit Court said.

"I'm not laughing because of that, it's just that I'm nervous," she replied. To which the judge cut her off and said she'd have an opportunity to talk later. 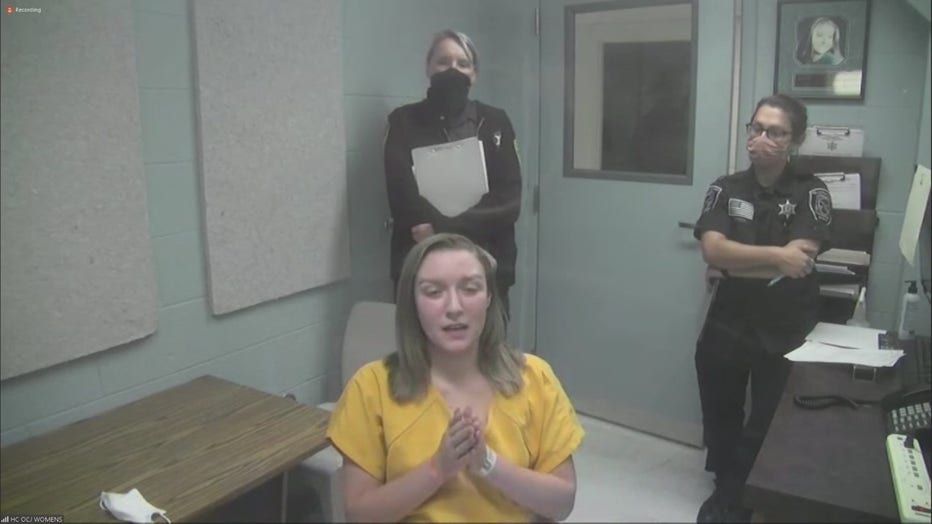 But before Kropiewnicki spoke further, her attorney worked to lessen the time she would spend behind bars.

"The DNA was run on the batting gloves and the bat and there was no DNA of my client on either of the gloves or the bat. There was DNA of her co-defendant, Mr. Simons," Doug Collins argued.

But the prosecutor and victim fought back.

"It's a life sentence for Alex. It did not begin or end on May 4 and he's all better now," prosecuting attorney Kelly Collins said.

"I'm not revengeful towards Jessica, I want justice served for her actions and role in this savagely violent assault," Malec said.

"I would like to start off this as an apology to the courts and I would also like to apologize to Alex and his family for that very tragic incident that happened to him. I hope one day they can forgive me for not helping when I was in a panic during all of it," Kropiewnicki said.

But the judge was not moved.

"I'm very disappointed," he said. "It's the sentence of the court to be sentenced to the Michigan Department of Corrections for a period of 180 months to 360 months with credit for 298 days served."