SAN MARCOS, Texas - The San Marcos Police Department has arrested a man after he pulled a knife on one of its police officers. The man has been identified as 43-year-old Benjamin Reece Lawton. 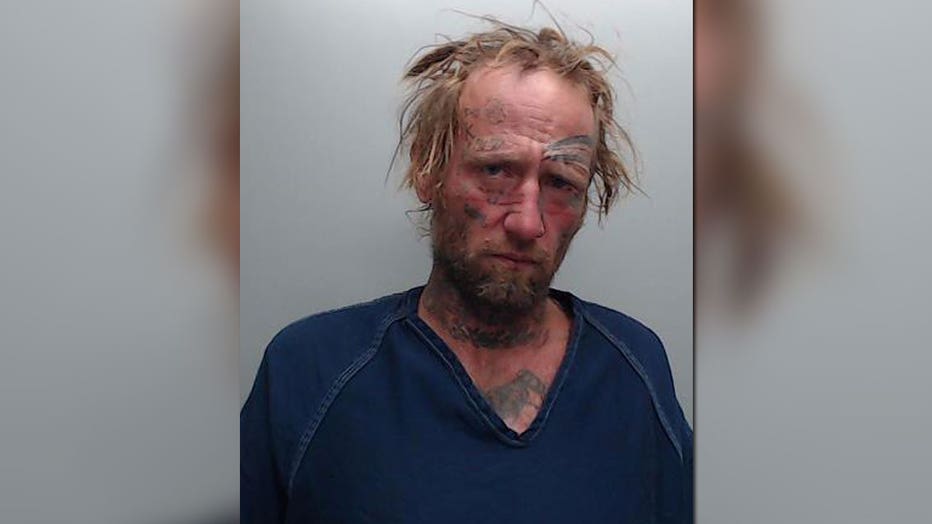 The incident happened on October 7 at around 8:12 p.m. Officers responded to a call at the east McCarty Lane railroad tracks and when they arrived the crew of a train that was stopped on the tracks reported that Lawton refused to leave the train despite their requests.

An officer located Lawton inside a rail car and when Lawton saw the uniformed officer Lawton pulled out a knife.

Officials say the officer drew his firearm, gave verbal commands to drop the knife, and Lawton retreated back into the rail car.

Lawton eventually dropped the knife but still refused to get off the train. He was eventually tased and taken into custody.

Officials say Lawton was hurt during the incident and suffered a minor laceration to his leg.

Lawton has been charged with aggravated assault on a public servant and criminal trespass and is in the Hays County Jail with a bond of $155,000.

Officials say Lawton has an extensive criminal history and numerous assaultive offenses on police officers out of multiple states. Lawton is wanted out of Tennessee but officials say the warrant is no extradition.