NEW BRAUNFELS, Texas - A man has been arrested and charged with the murder of a woman in New Braunfels.

The New Braunfels Police Department (NBPD) says that officers were called to the intersection of North Live Oak Avenue and West Mill Street around 10:30 p.m. Oct. 26 for a report of shots fired.

When officers arrived, they found a man holding a handgun standing in the street next to a Dodge Ram pickup truck. NBPD says the man was uncooperative and belligerent with officers, and while he did drop the gun, he refused further commands to surrender. 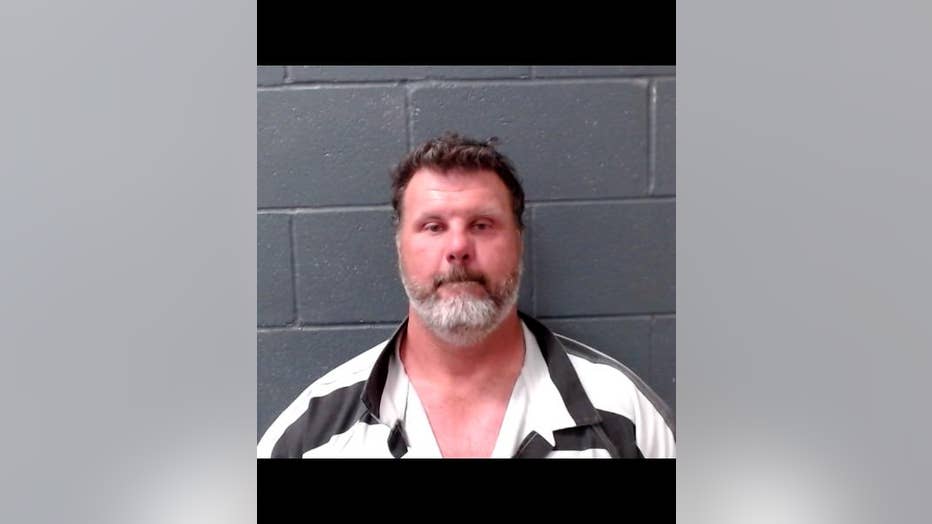 Less lethal munitions were used, which prompted the man, later identified as 39-year-old Clifton Adam Meneley of Selma, to begin cooperating with officers. He was taken into custody without further incident.

Officers then found a woman, believed to be Meneley's girlfriend dead in the driver's seat of the truck with multiple gunshot wounds. She has since been identified as 34-year-old Kathleen Josephine Johnson of Selma and next of kin has been notified. An autopsy has also been ordered.

Meneley was transported to the Comal County Jail and charged with first-degree felony murder. Bond has been set at $250,000 and Meneley is currently in custody as of Wednesday afternoon.