A 34-year-old man has been arrested after police said he intentionally drove into his ex-wifes car and house in Enid, Oklahoma, on Wednesday, February 24.

ENID, Okla. - Video captured an Oklahoma man allegedly "intentionally" driving his car into his ex-wife’s vehicle and home, according to police.

Video released by the Enid Police Department on March 2 shows a red car speeding toward a residence as it crashes into the back of another car.

Police confirmed the car continued on to crash into the home off-screen.

The driver, identified as 34-year-old Tony Michael Shaw, "intentionally" drove the car into the home of his ex-wife, police said. 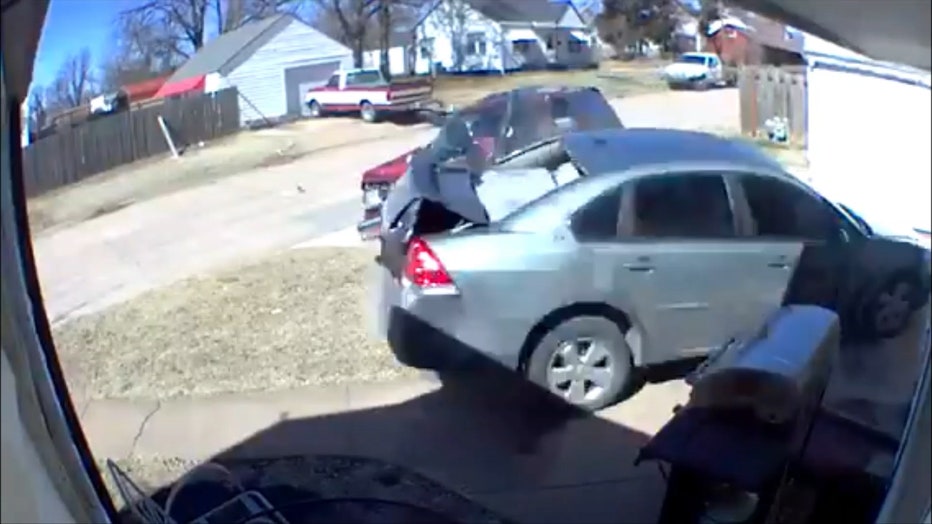 "Shaw purposely leaves the roadway at the driveway of the residence, strikes an unoccupied vehicle parked in the driveway, accelerates into the home and continues through the yard of the property before striking a mature tree," police said.

"During treatment for injuries sustained in the crash, Shaw was heard by an officer telling hospital staff he wished his ex-wife was in the yard when he drove through it," police said.

Police arrested Shaw on several charges, including two counts of reckless driving, leaving the scene of a non-injury accident, and violation of a protective order.

He was also arrested on a complaint of assault and battery with a deadly weapon for an incident earlier in February, police said.