A man has been arrested for allegedly threatening two employees and slashing a person's tires at a COVID-19 testing site outside a North Austin movie theater.

AUSTIN, Texas - A man has been arrested for allegedly threatening two employees and slashing a person's tires at a COVID-19 testing site outside a North Austin movie theater.

30-year-old Nicolas Guzman has been charged with terroristic threat, a Class B misdemeanor, for threatening two women who worked at the testing site with a knife. 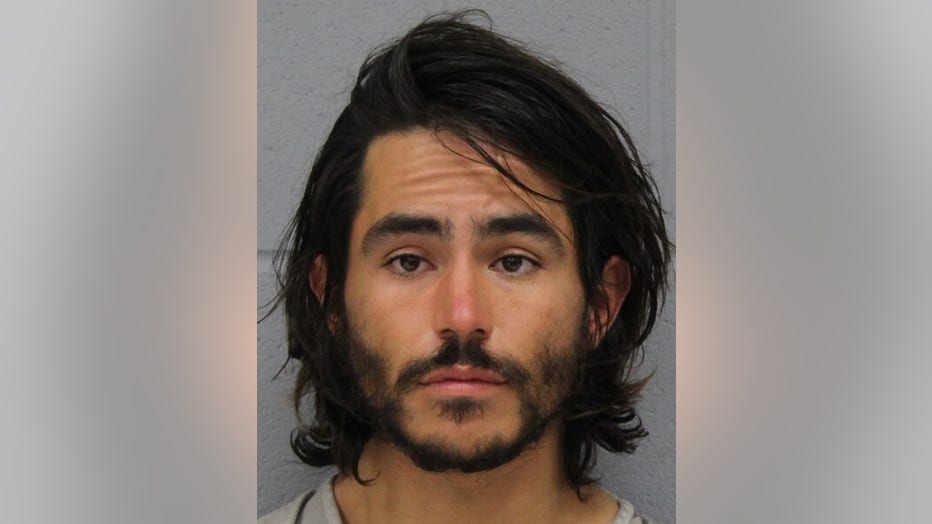 According to an arrest affidavit, an Austin Police Department (APD) officer responded to a mischief/vandalism call for service on Jan. 5 at the AMC DINE-IN Tech Ridge 10 parking lot where the drive-thru COVID-19 testing site was located.

Multiple people had called about a white or Hispanic man who was wearing a backpack and no shirt and armed with a knife threatening people. He also reportedly slashed someone's tires.

The officer spoke with a driver whose front left tire was flat and who told police the man described had slashed it and that he didn't know him. Two women who worked at the test site also told the officer that the man had charged at them with a knife, according to the affidavit.

The man had reportedly taken off running towards the wood line behind the theater, but the officer was not able to find him, says the affidavit.

The driver told the officer the man had been yelling at the test site staff and demanding they close the site down. The staff had closed the door on him, and then he allegedly walked over to the driver's car because he was in the front of the line, spitting at his windshield and slashing his tire with a knife, says the affidavit.

When the officer spoke with one of the staff again, she pointed out a man walking towards the test site and identified him as the suspect, who was later identified as Guzman, says the affidavit. He had put on a jacket and changed his pants, but was carrying the same green backpack two witnesses described. The driver also positively identified Guzman as the man who slashed his tire.

The officer attempted to detain Guzman, but despite the officer identifying themselves as police and commanding him to stop, Guzman then allegedly began walking away, then skipping away towards Parmer Lane. The officer then got in his patrol car and drove over to where Guzman was skipping to.

The officer tried again to detain Guzman, who did not comply with commands but instead climbed over a wall and continued running, says the affidavit. The officer then attempted to use a taser on Guzman, but it was ineffective. Another officer arrived at the scene and was able to chase Guzman and use his taser on him, stopping him in the middle of an intersection.

Guzman was handcuffed and a search of his bag turned up a silver multi tool with a knife attachment. Officers observed black residue on the blade, consistent with the black rubber of the tire. The knife also was similar in description to the one the staff said Guzman had threatened them with and to the one the driver described, says the affidavit.