AUSTIN, Texas - The Austin Police Department says it has made an arrest in an aggravated assault with a deadly weapon against two Austin police officers.

On Sunday, April 25, 2021, at approximately 5:23 p.m., APD says two uniformed officers were flagged down regarding an unrelated disturbance on a Capital Metro bus at 1717 S. Pleasant Valley Rd in Southeast Austin. 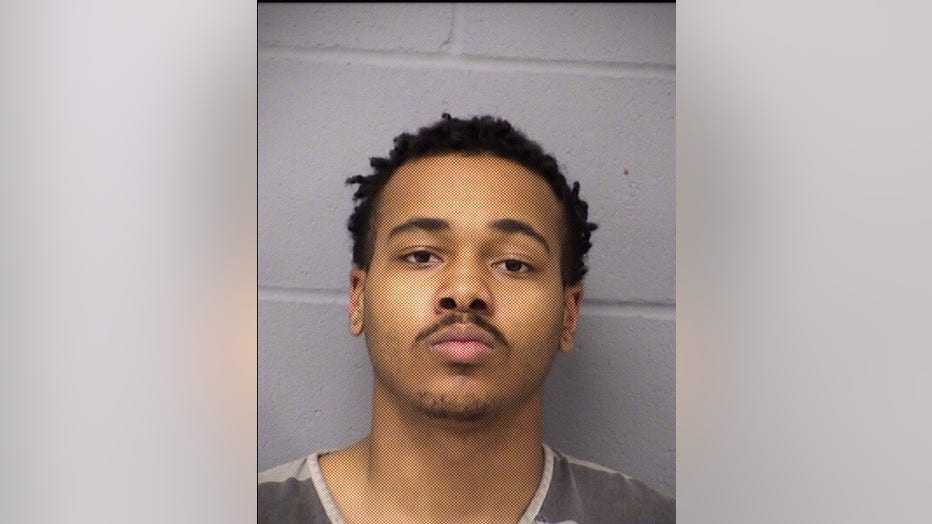 APD says through investigative methods, the suspect was identified as Zion Baptiste.

While the two uniformed officers were detaining the unrelated suspect with their backs to the parking lot, an un-involved individual in a two-door black coupe pulled up to the shopping center’s exit at 1717 S. Pleasant Valley Rd. and stopped.

APD says witnesses reported the driver of the coupe aimed a black semi-automatic pistol with an extended magazine at the uniformed officers and began moving his arm up and down; simulating the recoil of a firearm being shot. The coupe fled the scene and witnesses notified the officers of what occurred.

This incident was captured on multiple sources of video.

APD says through investigative methods, the suspect was identified as Zion Baptiste.

On Wednesday, April 28, 2021, members of the U.S. Marshall’s Lone Star Fugitive Task Force apprehended Baptiste in his vehicle with a black semi-automatic pistol with an extended magazine containing live ammunition in the 1100 block of S. Pleasant Valley Road.

APD says Baptiste was charged with two counts of first-degree felony Aggravated Assault with a Deadly Weapon on a Police Officer and the total bond was set to $40,000.

Investigators believe there are additional witnesses to the incident who have not yet been identified.

Anyone with information or video of the incident is asked to call APD Aggravated Assault Unit at 512-974-4463, e-mail Detective Joshua Muchnikoff at Joshua.muchnikoff@austintexas.gov, utilize the Crime Stoppers tip line at 512-472-8477 (TIPS), or the Crime Stoppers app. You may remain anonymous. You can also submit tips by downloading APD’s mobile app, Austin PD, free on iPhone and Android.