AUSTIN, Texas - Austin police have arrested a man who allegedly threatened a CapMetro bus driver with half a pair of scissors because the driver asked him to get off the bus for having no facemask.

52-year-old Ralph Raybon Degay has been charged with second-degree felony aggravated assault with a deadly weapon.

According to an arrest affidavit, APD officers responded to a disturbance call on August 9 around 5:12 p.m. in the area of South Congress and East William Cannon Drive. The caller said a Black man in a black shirt, blue jeans and blue shoes had pulled a knife on a bus driver after an argument about him not wearing a facemask. 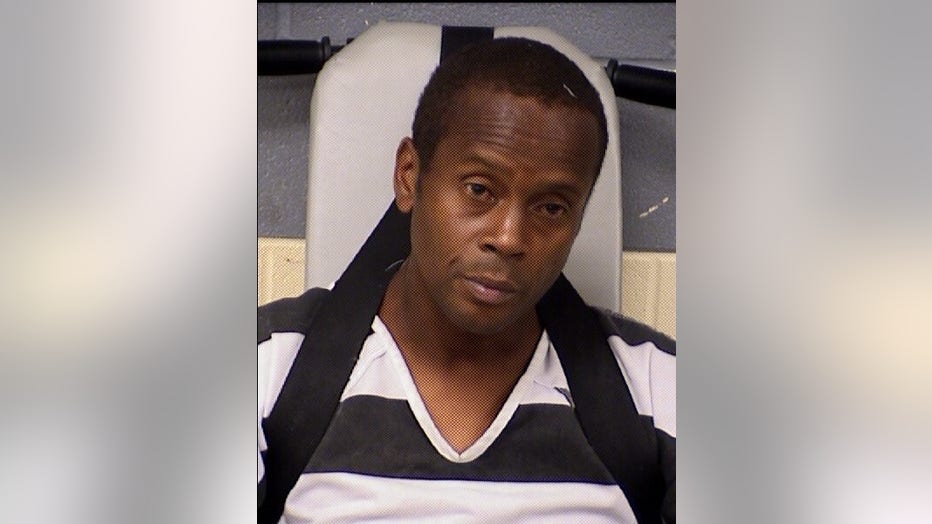 Officers located a man very closely matching the description kneeling in the roadway in front of the Pleasant Hill bus stop. The affidavit says that when asked what happened between him and the bus driver, he replied "I ain't got no mask." Officers detained and identified the man as Degay.

The driver gave a statement to Austin police, saying Degay had been picked up from a stop near South Congress and West Slaughter Lane. Another passenger told the driver Degay was not wearing a mask and that they were uncomfortable because of it. The driver stopped at the Pleasant Hill stop to tell Degay that he would need to wear a mask in order to ride the bus.

The driver says Degay looked like he wanted to fight, so he began backing away and noticed Degay was following him. The driver attempted to lead Degay off the bus, so he turned and focused on his footing so he didn't fall out of the bus. He turned back and saw Degay had one half of a pair of scissors in his hand, tapping the bus railing, according to the affidavit.

The driver says Degay was threatening to kill him, saying "I paid my fare," and pointed the scissor at him with a jabbing motion. The driver got off the bus and asked Degay to get off as well. Degay followed him off the bus and the driver got back on, shut the doors and drove away, says the affidavit.

The driver positively identified Degay when the officer took him to where Degay was for a field identification, says the affidavit.

Officers searched Degay and found a single scissor shear in his back right pants pocket. He told officers he didn't have a mask and was trying to get to his temporary housing. He said he had cursed out the bus driver and was kicked off the bus, but didn't threaten him. He also said he had never pulled out the scissor or showed it to the bus driver, says the affidavit.