AUSTIN, Texas - The Austin Police Department says an 18-year-old man has been arrested in connection with a shooting in North Austin that killed a man and injured another.

Caylon Joseph Goins was arrested on a first-degree murder warrant in Round Rock by the Lone Star Fugitive Task Force. 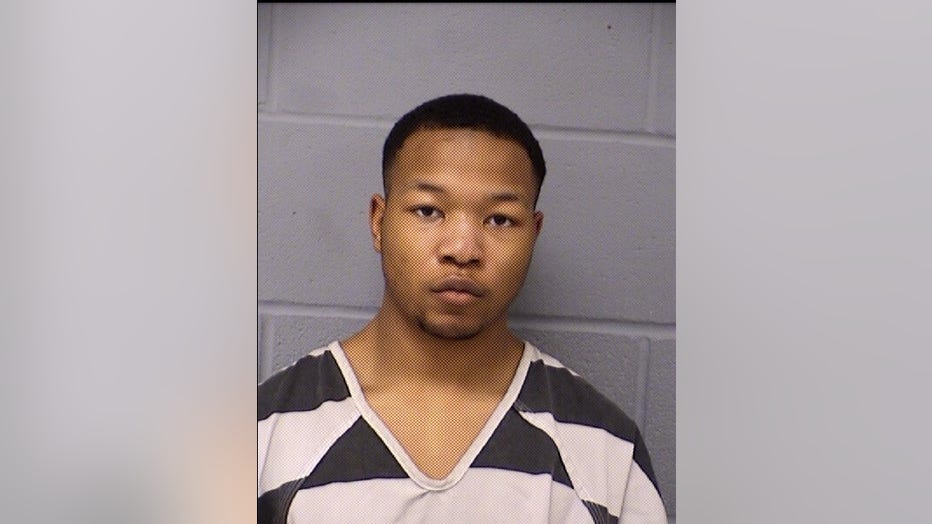 On Oct. 1 just after 4:30 p.m., Austin 911 received a call of multiple shots fired in the parking lot of the Limestone Canyon Apartments just off North Lamar and south of Yager Lane. Officers found a car that had crashed into a garage when they arrived.

Ward was found outside the car and his cousin was near the garage, both with gunshot wounds. ATCEMS arrived and transported the men to Dell Seton Medical Center at the University of Texas. Ward died from his injuries the next morning. His cousin was treated and released.

APD says homicide detectives responded to the scene and interviewed witnesses. A white sedan-style vehicle was seen speeding away from the scene after the shooting. The Travis County Medical Examiner's office conducted an autopsy and determined the official manner of death was homicide.

On October 22, the Lone Star Fugitive Task Force arrested Goins in Round Rock. His bond is set at $750,000 dollars and he was booked into the Travis County Jail, says APD.

Detectives are asking anyone with information to call APD Homicide at 512-974-TIPS (8477), email them, use the anonymous Crime Stoppers tip line at 512-472-TIPS (8477) or use the Crime Stoppers App. You can also submit tips by downloading APD's mobile app, Austin PD, free on iPhone and Android.