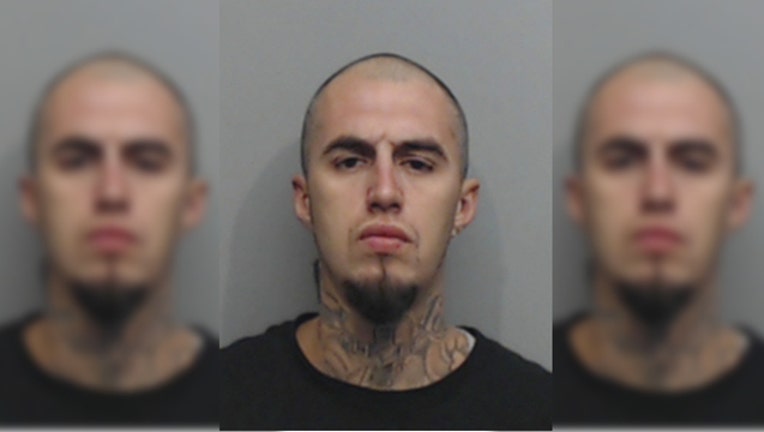 Julio Vazquez, 31, was arrested by the U.S. Marshals-led Lone Star Fugitive Task Force for the two felonies and one misdemeanor.

During a fugitive investigation, the task force discovered that Vazquez was hiding with a known associate in San Marcos. Investigators conducted surveillance Tuesday morning and found that he was hiding in a home in the 700 block of Bishop Street.

Members of the task force surrounded the home around 7:30 p.m., commanding Vazquez to surrender to authorities. Shortly after, they learned that he was inside with a firearm and that he would use it on officers on scene, so the Hays County SWAT team was called in.

After their arrival, Vazquez surrendered and was taken into custody around 9:40 p.m. and transported to the Hays County Jail for the charges filed in Comal County.