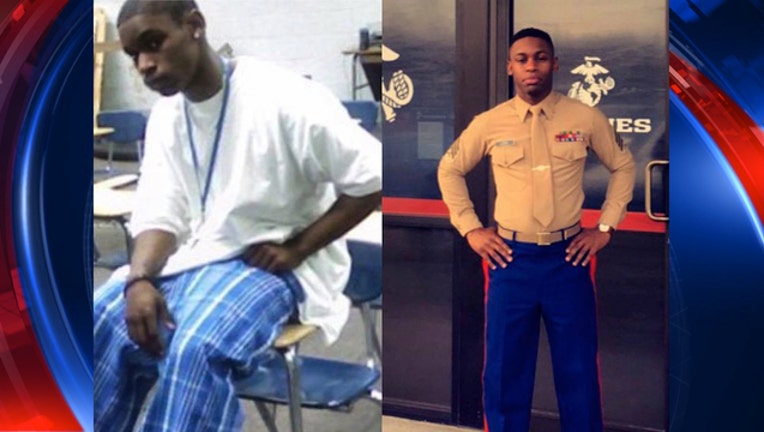 (FOX 46 WJZY) - A Washington man shared his story of how he became a United States Marine on social media with a 'before and after photo' that has now gone viral.

Against all odds Nathaniel Love AKA 'Sergeant Love' stayed positive and motivated to become the successful man he is today.

"See the thing is; my ROTC teacher told me I was gonna end up dead or in jail. I grew up without a father figure in my life. I wore most of the same clothes from middle till I graduated. We were on food stamps and lived in the hood," Love wrote. "Those are circumstances that I did not let dictate my life. I did not become a product of my environment. Some of my friends called me stupid. Now look at me. I became aware that I control my destiny. I became aware that I could be the man that I was intended to be."

"I became aware that there was only one branch that could build me into a man. I became a Marine!" Love proudly wrote.