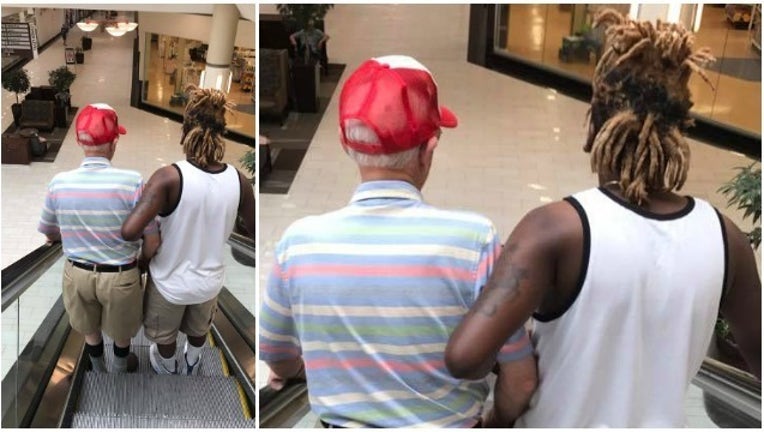 A Massachusetts woman's Facebook post about a stranger's act of kindness toward an elderly man has gone viral.

Picard was at Holyoke Mall last week when an older man was stopped at the top of an escalator, clearly feeling unsure and apprehensive.

"A few people started gathering, waiting to get on," Picard said. "This young man offered the simplest kindness."

Picard said the younger man reached out his arm and said "Can I help you on, sir?"

"He quietly started to explain to the young man that he had gotten stuck on an escalator once and was a little scared," Picard said. "The young man gently offered an assurance, they looked at each other eye to eye for just a moment and the older man accepted his arm."

Picard shared a photo of the two men with their arms locked while riding down the escalator. Her Facebook post has more than 350,000 likes and more than 167,000 shares.

"I wanted to hug both of them," Picard said. "Whoever this young man is, your family raised you right!"