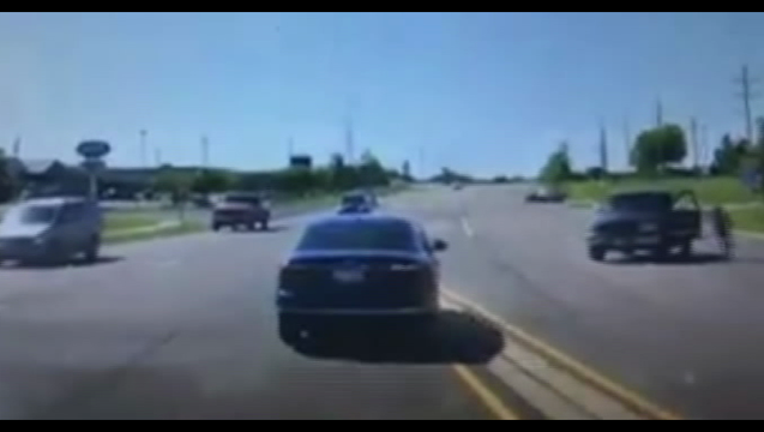 DIXON, Ill. (AP) - Authorities have hailed a northern Illinois man a hero after he jumped through the open window of a moving car to save the driver, who was having a seizure.

Randy Tompkins, of Dixon, was driving his truck Friday afternoon when he spotted a car driving in the wrong lane heading right at him. He jumped from his truck and through the passenger window of the slowly moving car. He put two fingers into the convulsing driver's mouth to prevent him from swallowing his tongue.

The incident was captured by a police dashcam. Police praised the 39-year-old Tompkins as a hero for coming to the aid of a "complete stranger."

Police haven't released the name of the driver, who was taken to a hospital as a precaution.