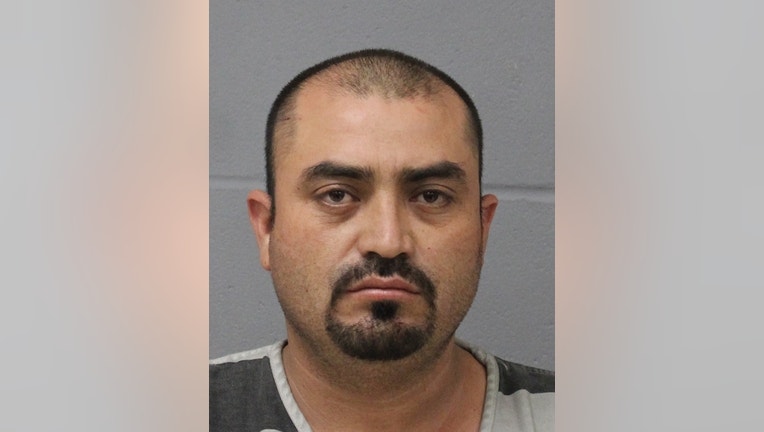 Yael Castro was arrested for aggravated assault with a deadly weapon after deputies said he was shooting at cars in Northeast Austin.

AUSTIN, Texas - A man was arrested after deputies said he was shooting at vehicles in Northeast Austin.

The Travis County Sheriff's Office said on Oct. 23, deputies responded to multiple 911 calls in the area of Ferguson and Tuscany Way regarding a man shooting at passing cars.

According to the affidavit, a 911 caller told deputies the man came out of a wooded area in the 2400 block of Ferguson Road, with a gun, and then aimed directly at his stopped car and fired. The caller said he escaped and met with the responding deputies.

Witnesses described the shooter as a Hispanic man covered in blood. Deputies later found Yael Castro-Suarez, 37, who matched the description. He did not tell deputies how or why he was covered in blood.

Security footage from a business in the area showed Castro in a secure fenced area of the 2108 Ferguson Adessa Austin Auction, the affidavit states. He was seen running through the property and firing shots toward the group of cars on the property.

Castro was arrested for aggravated assault with a deadly weapon.