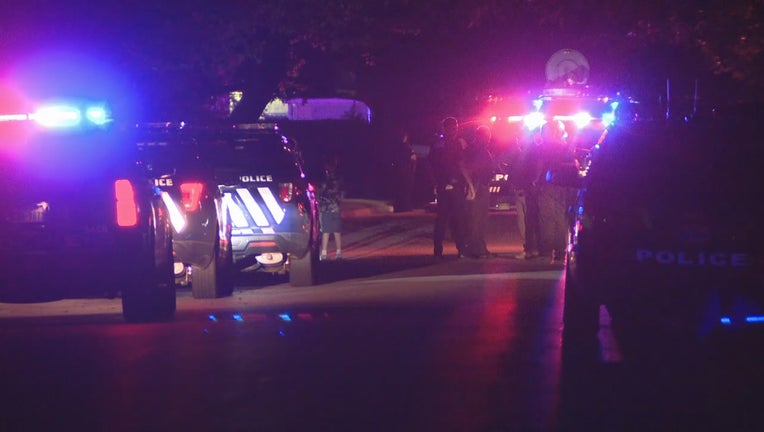 HALTOM CITY, Texas - Police in the Fort Worth suburb of Haltom City shot a man after they say he got something out of his trunk and then drove his vehicle at them.

Officers answered a call Sunday around 7 p.m. about shots fired in a neighborhood near Midway and Carson.

As officers were approaching the home, they said a vehicle came around the corner, a man got out of his vehicle, yelled at officers and then got something out of his trunk and drove towards them.

“The officers, fearing for their safety, fired some rounds inside the vehicle,” explained Haltom City Police Sgt. Eric Peters. “At least four officers shot at least one round into the vehicle. The suspect was struck multiple times.”

The man was taken to JPS Hospital in Fort Worth with what police describe as life-threatening injuries.

The four officers are on leave while the department and Texas Rangers investigate the shooting. No officers were injured.