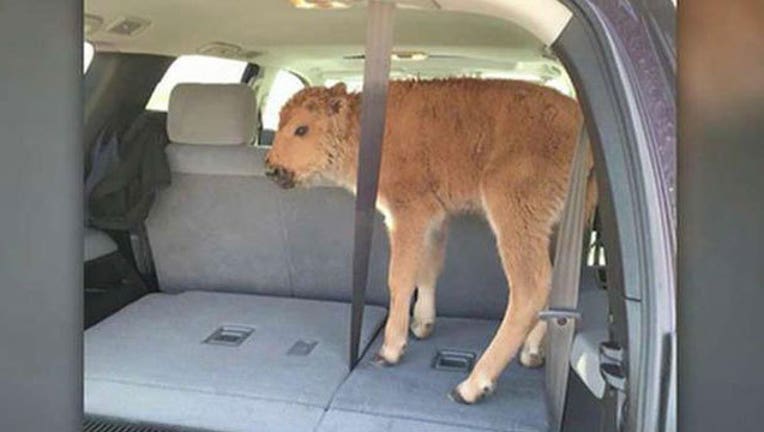 YELLOWSTONE NATIONAL PARK, Wyo. (AP) — A federal magistrate has imposed $735 in fines, fees and compensation on a Canadian man who loaded a bison calf he came across in Yellowstone National Park into his SUV because he thought it was cold.

The calf later had to be euthanized because it couldn't be reunited with its herd.

KTWO radio in Casper reports (http://bit.ly/1Xm1Fj8 ) that court records show Shamash Kassam of Quebec entered a guilty plea over the telephone on Thursday to a wildlife violation.

U.S. Magistrate Mark L. Carman ordered the penalties, which include a $200 fine and a $500 payment to the Yellowstone Park Foundation Wildlife Protection Fund.

A criminal complaint states that Kassam came across the bison calf on May 9 and put it in his vehicle out of concern for its welfare.