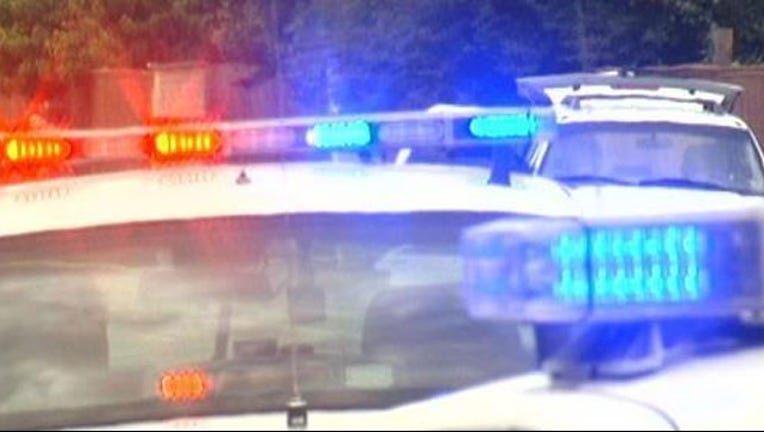 The Leander Police Department is looking for a man who shot at an off-duty Department of Public Safety trooper Saturday morning.

Around 4:15am Saturday DPS Sgt. Eugenio Cruz, Jr., was driving home in his own personal car when a man at a park on Union Street near Marin Cove walked into the street and waved him down.

"The trooper then observed the suspect had a handgun and at that same time the suspect raised the handgun and fired a round at the driver side window of the vehicle," said Assistant Chief Jeff Hayes of the Leander Police Department.

After firing his gun, the suspect ran away. Miraculously, Cruz made it out alive.

Police are looking into any motive for the shooting.

"I've been told that it is likely that the suspect did not know that this was a trooper because the trooper was dressed in plain clothes and in his personal vehicle and the windows were dark enough that the person could not see inside at the time," said Hayes.

Leander police were called to the scene, where they stayed for several hours.

"I remember them walking around, looking in trash cans and stuff like that, and looking in vehicles like they normally do, you know, looking around," said Matthew Mason who lives on one the streets officers searched.

A one block area surrounding the crime scene was taped off. For six hours police and DPS searched extensively for the man who is described as White or Hispanic, around 20 years old.

"Helicopter starts going off, they start circling around the area, and the cop said, 'Okay, you may want to go inside now since we have the helicopter here. There may be some gunshots going off because the person is hiding probably,'" Mason explained.

Neighbors were warned to be on the lookout for anything or anyone that looks suspicious.

"I was in the house, looking out the back door just to make sure I didn't see anybody jumping fences," Mason said.

Neither the police nor the public were able to locate the suspect, just a baseball hat and a shirt that officers believe the man was wearing and shell casings from the gun he fired.

"Knowing that someone's still on the loose with a gun is just is just really worrying," said Mason.

Eventually, police were convinced the suspect was no longer in the immediate area and the search around Union Street and Marin Cove came to a close.

"Because the situation does not appear to be ongoing and once the incident occurred, the suspect immediately tried to leave the area, we do not believe that there is an ongoing threat to the public. So there is no lock down,"

If anyone saw anything that might be related to the shooting Saturday morning they are asked to call Leander police.