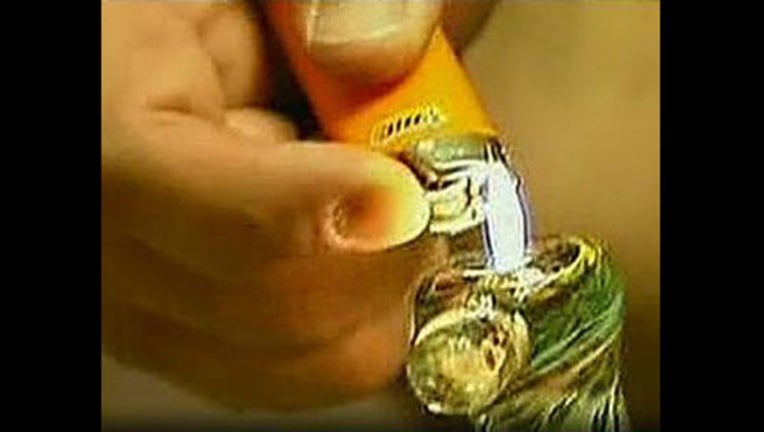 AUSTIN, Texas - Using marijuana to treat post-traumatic stress disorder is a controversial subject. One reason being it's illegal in Texas. But for some vets dope has been a godsend.

David Bass now says he feels like a normal person thanks to marijuana. Before, his PTSD treatment was a series of medications from the VA - drugs to quell his anxiety, anger, hyper vigilance and anger. But those same drugs left him in a hazy stupor, unable to function normally.

"Cannabis saved me from these psychotropic drugs. It was a fantastic feeling to be perfectly functional and keep those symptoms away," Bass said.

Bass says he's not alone. Thousands of Texas veterans are also smoking marijuana for relief from PTSD. Rice University policy researcher Dr. Bill Martin isn't surprised. He says while research is severely limited in the U.S., in other counties like Israel marijuana has a role in PTSD treatment.

"This appears to be the best way to deal with PTSD. It can be used in combination with therapy, but it definitely works better than the drug combinations the VA is giving out now," Martin said.

His last point is debatable. For example some studies show marijuana can induce paranoia rather than relieve it. Dr. Martin admits marijuana may not work for every vet with PTSD.

National PTSD expert Dr. Harry croft out of San Antonio does not recommend the approach, the reasons being the lack of studies and data and its illegal.

But the anecdotal data is indisputable for Bass, about a half gram every night takes away his PTSD burdens, but they are replaced with others.

"The burden is I'm a criminal and I'm doing something illegal in Texas and I'm buying meds off the black market and I don't want to do that," Bass said.

For that reason Bass says vets will lobby Texas legislators very hard next year to get a change in state law to allow them to use marijuana under a doctor's supervision.

For now 23 states have passed some form of medical marijuana legislation and Texas NORML says of those 11 consider PTSD as a qualifying condition.