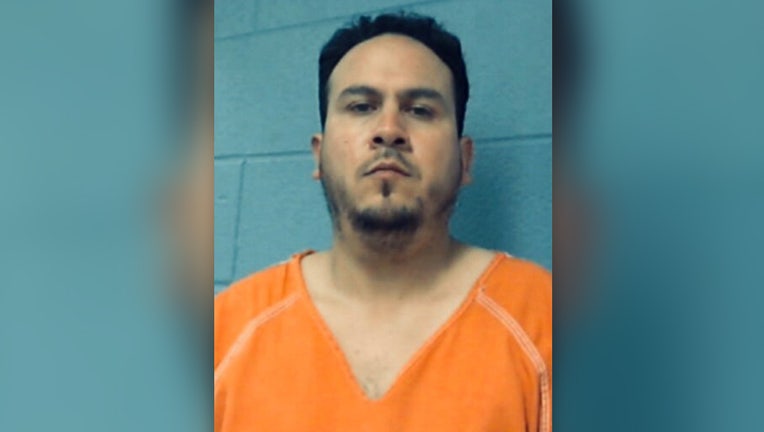 FAYETTE COUNTY, Texas - A man has been arrested after leading authorities on a pursuit when he was stopped by a Fayette County Sheriff's Office deputy. 36-year-old Jose Guerrero was arrested and charged after the Deputy Jared Michalec caught him and found marijuana and cocaine in Guerrero's vehicle.

The incident happened on April 5 at around 10:46 p.m. on Highway 71 west near Makinson Road. The sheriff's office says Guerrero was stopped for a traffic violation and when Michalec approached, Guerrero took off. 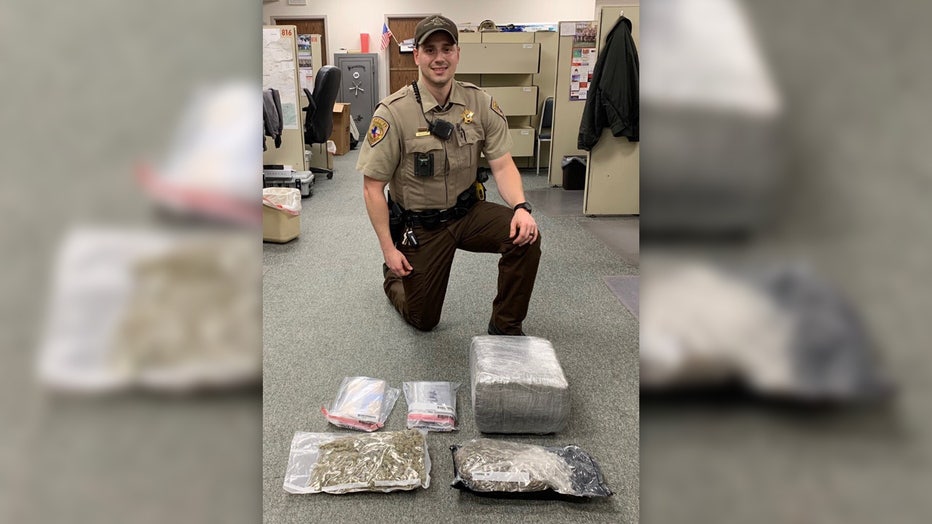 Photo courtesy of Fayette County Sheriff's Office of Deputy Jared Michalec with the marijuana and cocaine discovered in vehicle after a traffic stop on April 5, 2022.

After a very brief pursuit, Guerrero crashed his vehicle into a ditch and fled on foot. Michalec was able to apprehend Guerrero a short distance from the crashed vehicle.

Inside the vehicle, Michalec found about 13.6 pounds of marijuana and 5 pounds of cocaine.

Guerrero has been charged with evading arrest/detention with a vehicle, possession of marijuana, and possession of a controlled substance penalty group 1.