An active-duty Marine was arrested in Virginia on Thursday on charges stemming from the Jan. 6 Capitol riot.

WOODBRIDGE, Va. - An active-duty Marine has been arrested on charges that he violently forced his way into the U.S. Capitol during the Jan. 6 riot, and pushed a Capitol police officer who was trying to secure a door against insurrectionists.

Warnagiris was taken into custody at Marine Corps Base Quantico in Virginia on Thursday.

Court documents indicate that Warnagiris was among a group that violently forced its way into the Capitol by pushing past a line of officers and the East Rotunda doors. 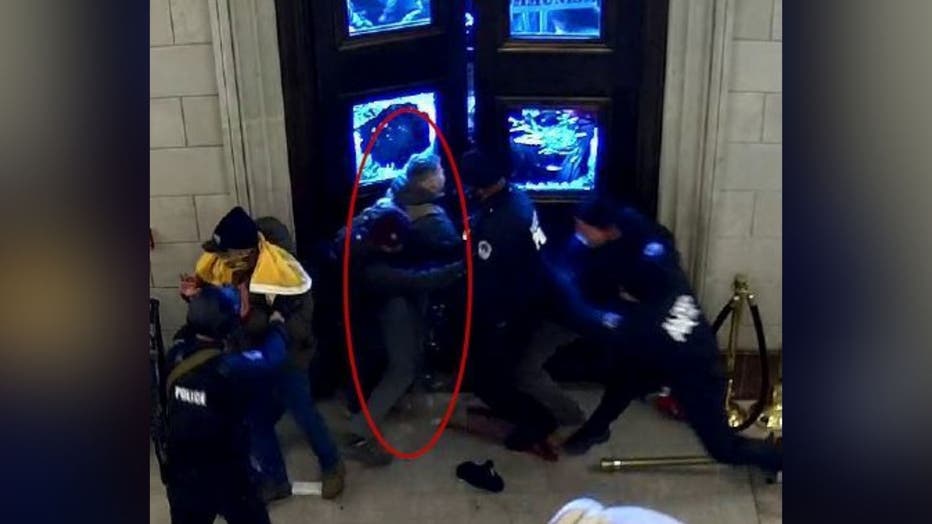 Once inside, Warnagiris allegedly held the door open to allow more rioters to enter the building, going to far as to push a Capitol police officer who tried to stop him.

The FBI has arrested hundreds of alleged insurrectionists in connection with the Jan. 6 Capitol riot, which followed a rally featuring former President Donald Trump.

After Trump reiterated claims that the 2020 election had been stolen from him, the protesters marched on the U.S. Capitol.

At least one rioter has pleaded guilty in connection with the incident.

Five people died as a result of the incident – including one Capitol police officer.