Scientists believe Mars has salty ponds under its surface

Scientists say they've discovered a network of salty ponds beneath the South Pole on Mars.

Stargazers, look up! Mars will be extra visible throughout the month of October as our neighboring planet comes unusually close to Earth — and we won’t see this type of glow again for awhile.

The Red Planet is visible all night right now — rising from the east — and reaches its highest point in the sky around midnight, according to NASA. 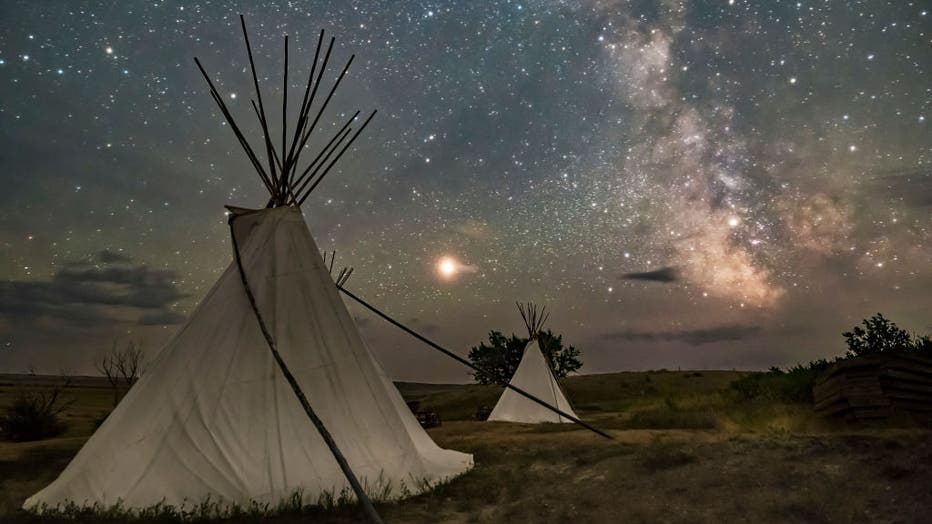 Mars and the Milky Way over the tipis at Two Trees area in Grasslands National Park, Saskatchewan on Aug. 6, 2018 (Photo by: VW Pics/Universal Images Group via Getty Images)

This period of excellent viewing also coincides with Mars’ opposition on Oct. 13, when Mars is directly on the opposite side of Earth from the sun — which happens about every two years.

During this period, Mars will shine almost three times brighter than Sirius, the brightest star in the night sky, according to Space.com.

“This close approach will be unusually favorable for observers in the United States since the planet will be north of the celestial equator in declination (+5.4°) and at its highest point in the southern sky (56°) at 1 a.m. local daylight time from latitude 40° north,” the website states.

October will also be extra spooky this year with two lunar events.

The Harvest Moon lit up the sky on Oct. 1, and the Hunter’s Blue Moon will appear on Oct. 31.

According to the Farmer’s Almanac, such an event occurring on Halloween only happens every 18 to 19 years. Since it is the second full moon of the month, it takes on the name “Blue Moon” — and will not be blue in color as the name suggests.