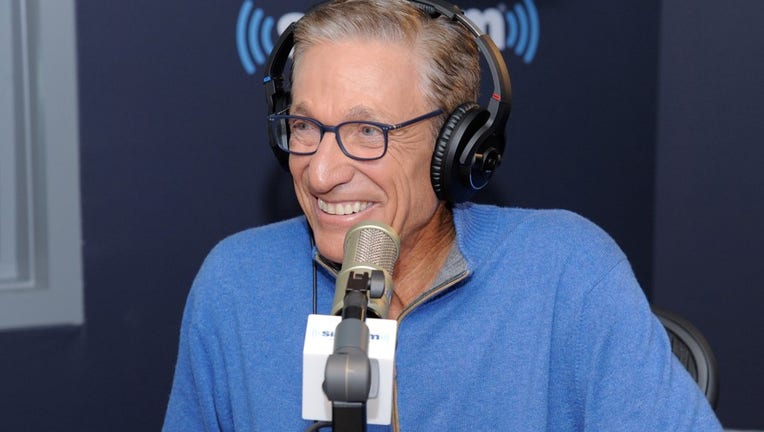 After years of men finding out if they were or weren’t "the father," NBCUniversal said it will pull the plug on the longest-running daytime talk show "Maury" after 31 seasons, 24 of which were with the network.

The network said it will end its run of original episodes in September but said reruns will continue.

"Six years ago when I was ready to retire, my the NBCUniversal family asked me to continue the show," host Maury Povich, 83, said in a statement to FOX Television Stations. "Even though I told them I was ready for assisted living, out of loyalty to NBCUniversal and my more than 100 staff and crew members, Tracie Wilson and I agreed to one more deal. I’m so proud of my relationship with NBCUniversal and all those who worked on the "Maury" show but as I occasionally tell my guests on "Maury," "Enough, already!"

"Maury and I decided two years ago that this season would be the farewell season for the show, and while his retirement is bittersweet, we are so happy for him to be able to spend more time on the golf course," Tracie Wilson, Executive Vice President, NBCUniversal Syndication Studios, said in a statement to FOX Television Stations.

"Maury is a television icon, a pop culture legend and we couldn’t be more proud to have been a part of his incredible career," she continued.

The Ellen DeGeneres Show is currently in its 18th season

The talk show host began his broadcasting career as a street reporter for the FOX owned-and-operated station WTTG in Washington, D.C. before covering news, talk and sports shows.

After 15 years, he left Washington, D.C. and anchored newscasts for various networks in Chicago, Los Angeles, San Francisco and Philadelphia.

Povich is also known for his philanthropy, making a $1 million gift to his alma mater, the University of Pennsylvania, to establish the Povich Fund for Journalism Programs. He also established the Povich Writer-in-Residence, which allowed the school to add advanced journalism classes to their writing curriculum.

While working in Los Angeles, he co-anchored the news with Connie Chung, who he married in 1984 and had a son, Matthew. Povich has two daughters from a previous marriage and is the grandfather of four children.

In March 2006, Chung presented her husband with the prestigious Governor’s Award from the New York Chapter of the National Academy of Television Arts & Sciences (NATAS). The award is given to individuals, companies or organizations that have made a substantial impact and demonstrated the extraordinary use of television.