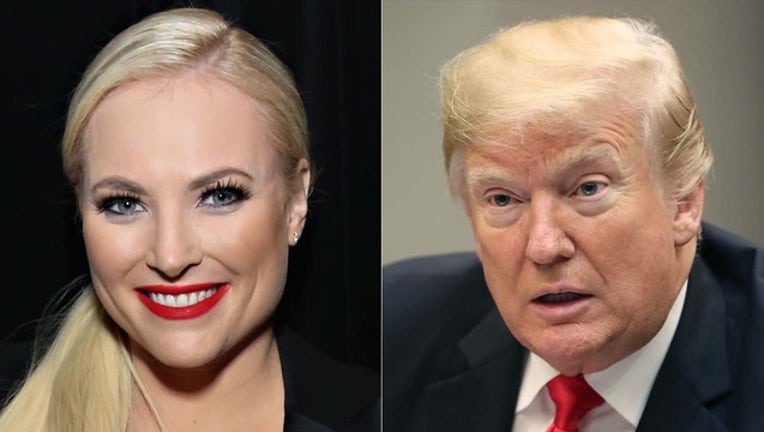 (FOX NEWS) - Meghan McCain launched into an emotional rant directed at President Trump Monday in the wake of renewed attacks on her late father from the Oval Office.

McCain slammed Trump is a blistering monologue on ABC’s “The View” on Monday after her fellow co-hosts came to the late senator's defense. Joy Behar also managed to get a small shot in at the president, saying that “no one in his family wants to spend any time with him,” in response to McCain’s tweet from the weekend suggesting Trump spend time with his “family instead of on twitter obsessing over” hers.

The 34-year-old kicked off by saying it’s an “uncomfortable” position to be in, before unloading on the president.

“He spends his weekend obsessing over great men because he knows it, I know it, and all of you know it, he will never be a great man,” she said.