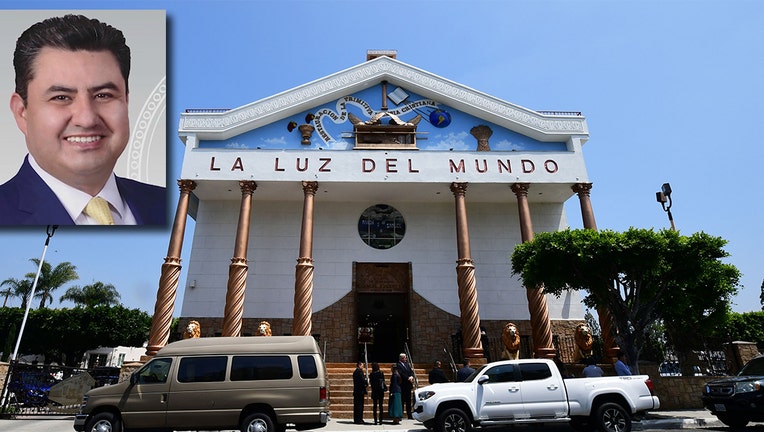 People congregate in front of the La Luz Del Mundo (The Light of the World) Church in Los Angeles, California, on June 5, 2019. - The leader of the church Naason Joaquin Garcia, 50, was arrested in California, June 4, on charges of human trafficking,

LOS ANGELES - The leader of a Mexico-based evangelical megachurch remained behind bars Wednesday, one day after a state appeals court panel ordered a judge to dismiss a case charging him with rape and other sexual acts against children in Southern California.

Naason Joaquin Garcia -- the 50-year-old leader of La Luz del Mundo or The Light of the World -- was being held without bail, according to jail records, as officials awaited paperwork from the appellate court sending the case back to Los Angeles Superior Court.

The case had initially been set May 8, but it was not immediately clear whether that court date would be pushed up in light of the appellate court panel's ruling.

In a 33-page ruling Tuesday, a three-justice panel from California's 2nd District Court of Appeal found that Garcia did not waive his right to a timely hearing to determine if there was sufficient evidence to require him to stand trial and that the hearing was not held within that time.

The California Attorney General's office, which filed the case against Garcia last year, said late Tuesday afternoon that it was reviewing the court's decision.

Garcia was arrested last June by Los Angeles Airport police. He was ordered held without bail last July, with a judge noting then that information provided by the alleged victims was "very detailed" and concluding that there was a "risk of flight" by Garcia, who was initially jailed in lieu of $25 million bail and then $50 million bail. 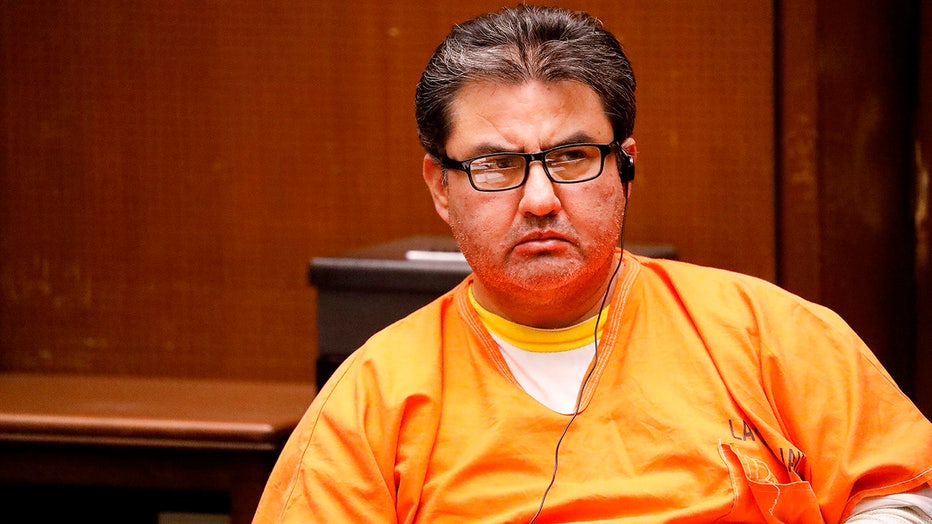 Two Los Angeles Superior Court judges had rejected the defense's bid for the amended complaint against Garcia to be dismissed, prompting his attorneys to ask the appellate court to intervene.

It was not immediately clear whether the appellate court's decision would affect the case against three his three female co-defendants.

Azalea Rangel Melendez, who is still being sought by authorities, is charged with one count each of forcible rape and forcible oral copulation.

The state Attorney General's Office alleges that the crimes occurred in Southern California between June 2015 and June 2019.

The criminal complaint alleges, among other acts, that Ocampo directed minors to perform ``flirty'' dances for Garcia "wearing as little clothing as possible." Ocampo also allegedly ordered various minors to "take off their clothing and touch each other sexually."

Ocampo also allegedly instructed three underage girls to take nude photos of themselves to send to Garcia, telling them to "take photos without their underwear and with their legs open," the complaint alleges.

State prosecutors allege that Garcia and his co-defendants coerced the victims into performing sexual acts by warning them that defying "the Apostle" is akin to defying God.

Ashley Valdez, a representative of the evangelical church, vehemently denied the allegations against the man viewed by followers as an apostle of Jesus Christ.

"The church categorically rejects each and every allegation made against him," Valdez said previously.

The Guadalajara-based Pentecostal sect has branches in 50 countries and claims more than 1 million members worldwide.