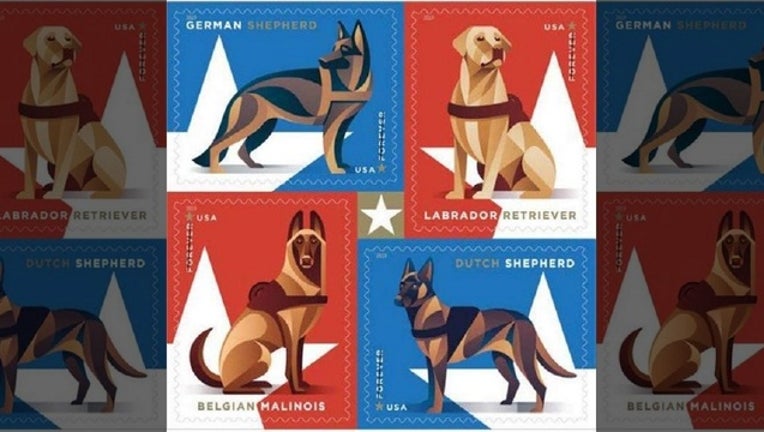 "The stylized digital illustrations are in red, white, blue and gold to represent the American flag and patriotism," the Postal Service said in a release.

The background of each stamp features a white star that appears in the center of each block, the release said.

The Postal Service also revealed four additional stamps for this year: a star made of red, white and blue ribbon, an oil-on-linen painting of tennis champion Maureen Connolly Brinker, designs from artist Ellsworth Kelly as well as engines from the Transcontinental Railroad, according to the release.

Futher details, including when and where the first-day-of-issue ceremonies will be held, are forthcomig.