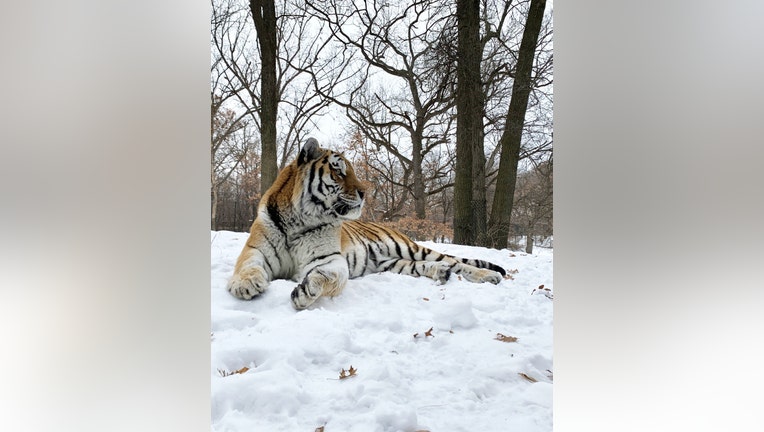 The tiger died Wednesday when he experienced cardiac failure during a preventative health exam, the zoo announced Thursday. Putin, who was born in the Czech Republic, had been at the Minnesota Zoo since 2015. Before that, he lived at the Denmark Zoo for six years. He had sired multiple cubs, including one born at the Minnesota Zoo in 2017.

"Today is an incredibly hard day for all of us at the Minnesota Zoo and we will be mourning for quite some time," Minnesota Zoo Director John Frawley said in the news release.

The zoo says he died during a routine procedure "that is a vital part of our care and conservation work for tigers." Dr. Taylor Yaw, the Minnesota Zoo’s Chief of Animal Care, Health and Conservation says they plan weeks ahead for these exams.

"All necessary precautions were taken, and the team did everything within their power to save this animal," Dr. Yaw wrote in the news release. "We’ll continue to learn more in the days and months ahead, and we are grateful for the support of the University of Minnesota’s pathology team for their expertise and support as a necropsy is conducted."

During his exam, the Minnesota Zoo collected breeding and specimen collection as part of the zoo's tiger care and conservation work. The zoo says there are approximately 103 Amur tigers in Association of Zoos and Aquariums across the country and believed to be less than 500 animals surviving in the wild.

More than 44 tiger cubs have been birthed at the Minnesota Zoo since the first tigers arrived more than 40 years ago, the zoo said.