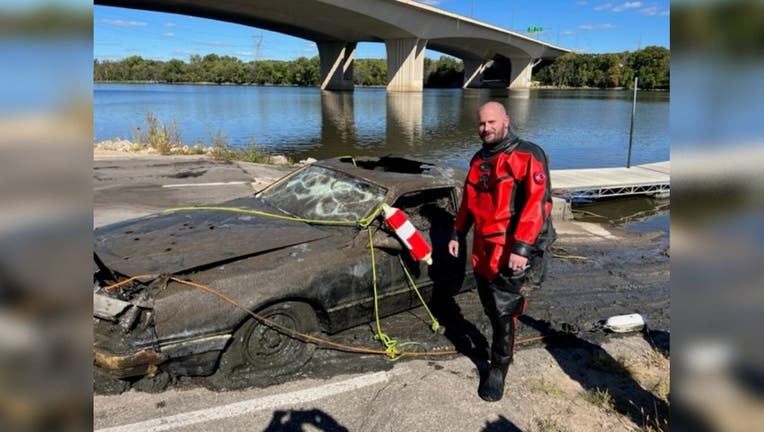 A dive team recovered a car that went missing in 1989 from the Mississippi River.

(FOX 9) - A vehicle that was reported missing in 1989 was recovered from the Mississippi River in Dakota County recently.

The Dakota County Sheriff's Office posted on Facebook Monday a photo of a water-logged 1986 Mercury Cougar from near the Wakota Bridge boat launch on the Mississippi River.

The sheriff's office sent a dive team to recover the vehicle after receiving reports from local anglers, who saw the vehicle on their sonars.

"By the looks of it, this car has been in the water for many years, possibly since it was first reported missing," the sheriff's office said.

A deputy hooked the vehicle on his first dive with "zero visibility," the sheriff's office said.

The sheriff's office did not provide any information about the circumstances that led to the vehicle being reported missing in 1989.