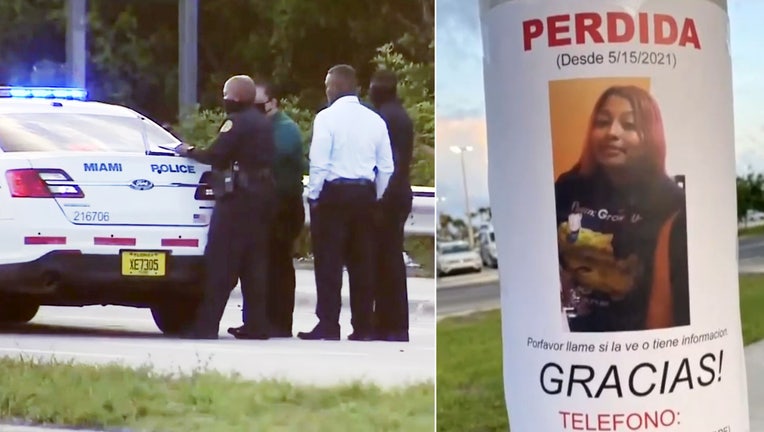 MIAMI - A missing 16-year-old girl whose body was discovered Sunday night along a causeway near a Miami harbor was the victim of a hit-and-run, according to authorities.

The remains of Diani Gomez-Sanchez were recovered at around 8:30 p.m. on the 79th Street Causeway near Pelican Harbor Marina, Miami police said.

The girl was reported missing nearly 24 hours earlier after not returning home after a run early Saturday, The Miami Herald reported. Her body was found feet away from missing person fliers created by her family, the news outlet said.

Her uncle, Dennis Gomez, said he first spotted her shoes and her phone. He then spotted her body.

"I was screaming ‘Get up Diani! Get up. Please, get up,'" Gomez told WPLG.

Police had originally suspected Diana Gomez was slain, but by Monday afternoon they had determined she had been struck by a gray or silver car that fled.